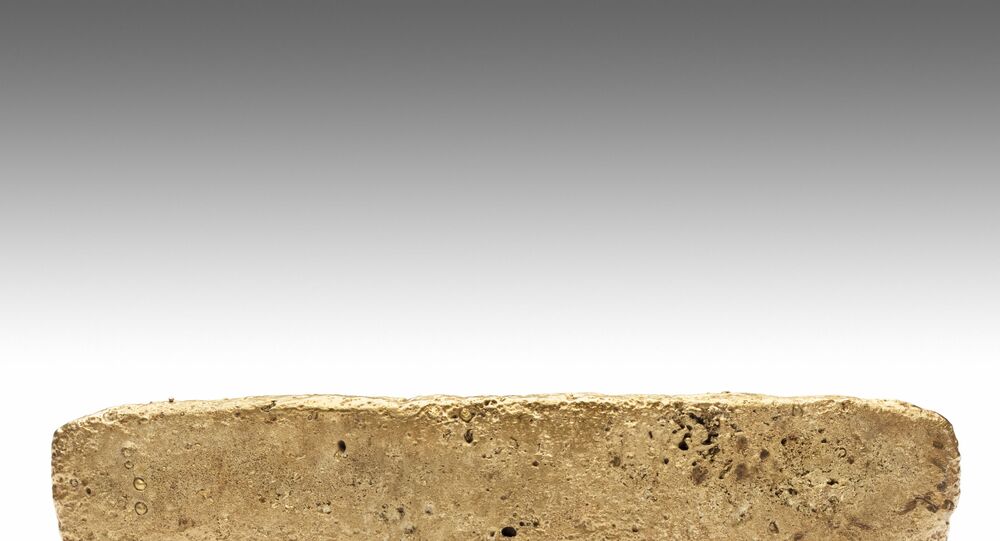 It appears that the giant piece of gold was actually part of the loot famous Spanish plunderer Hernan Cortes and the conquistadors lost during their historic escape from the island on "The Sad Night" in the 1500s.

A giant gold bar, which was discovered by a construction worker in Mexico in 1981, is actually a piece of Aztec treasure, a new study by archeologists at the National Institute of Anthropology and History (INAH) revealed.

The archeologists studied the 1.93-kilogramme gold piece through special X-Ray technologies and came to the conclusion that the bar came from Spaniards fleeing in the retreat known as "The Sad Night", who abandoned it as they were running away from furious Aztecs.

Dr. Leonardo Lopez Lujan, director of the Templo Mayor Project (PTM), an archaeological initiative of the National Institute of Anthropology and History (INAH), explained that despite the location of the finding - north of the Alameda Central, it actually corresponds to the route of the famous escape.

"The so-called "Noche Triste" ("The Sad Night") is among the episodes of the conquest that will be remembered this year, and there is only one piece of material evidence from it: a gold bar that sank 500 years ago in the canals of Tenochtitlan, and which recent analysis confirms came from the flee from the island undertaken by Hernan Cortes and his [conquistadors] on June 30, 1520".

Cortes and other conquistadors were initially welcomed by Aztec emperor Moctezuma when they arrived in 1519, but were driven away by the Aztecs a year later.