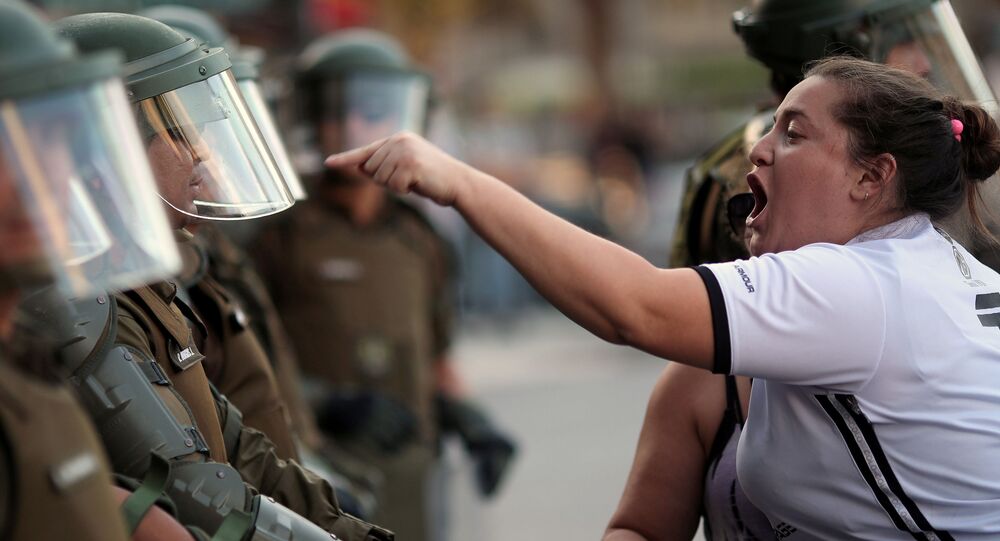 LIMA (Sputnik) - Chilean President Sebastian Pinera signed on Friday a decree on holding a referendum regarding the amendment of the country's constitution on April 26, 2020, thus implementing the agreement with the opposition amid ongoing anti-government protests.

"The decree that we sign will invite all the citizens to participate in the vote on the constitution that will take place on April 26," the president said at a press conference, which was broadcast on Twitter.

The decree was signed in the presence of journalists and stipulates that the citizens are set to answer whether they want a new constitution and which body should develop the new document. As for the body, it could either partially include the current lawmakers or be fully formed by new ones through a vote in October 2020.

Another referendum will be held after the text will be developed.

In early October, large-scale demonstrations erupted in Chile after the authorities increased subway fares. What started as peaceful public demonstrations soon grew into violent rallies, and clashes between protesters and law enforcement officers. In November, the government and the opposition agreed to hold a referendum in April 2020 to possibly replace the current constitution, which is considered to be too rigid and light on social welfare programs.

The current constitution was adopted in 1980 under the dictatorship of Augusto Pinochet and has since been repeatedly amended.