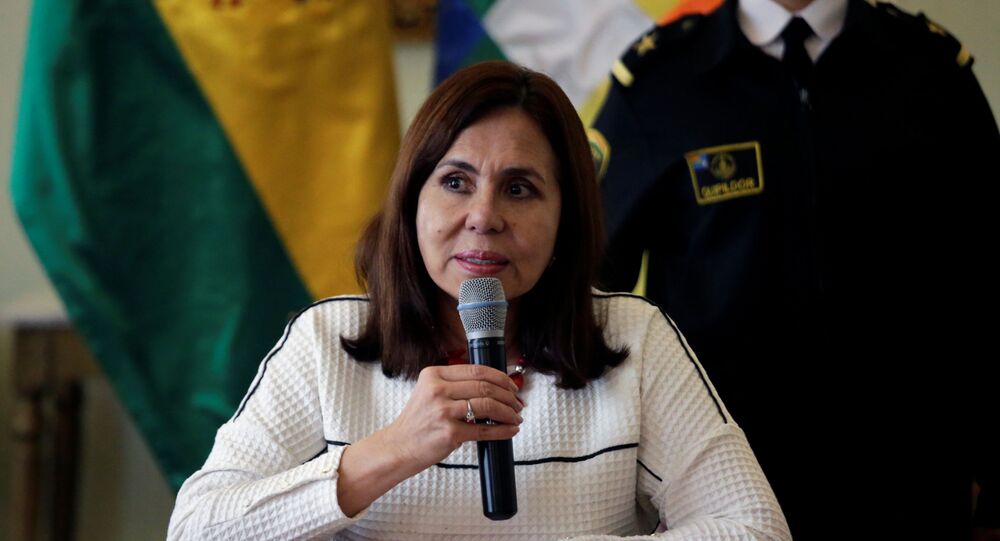 MEXICO CITY (Sputnik) - The foreign minister of Bolivia's interim government, Karen Longaric, on Thursday slammed Mexico's intention to appeal the International Court of Justice as a mistake and reassured that the Mexican embassy's immunity was respected.

Earlier in the day, Mexican Foreign Minister Marcelo Ebrard said that the country would appeal to the court to ensure that the guaranteed immunity of its embassy in Bolivia does not get violated by local authorities after the country granted asylum to nine Bolivian officials allied to ousted former President Evo Morales.

"No one can forward claims for actions that are not proved or based on assumptions voiced by the Mexican Foreign Ministry," Longaric said at a press conference, broadcast by Bolivia TV on Twitter.

According to the minister, Bolivia sent a large number of its intelligence and security services personnel to monitor the Mexican embassy in La Paz after repeated requests by Mexico to strengthen the embassy's security amid protests in the country.

Longaric pointed out the interim government's commitment to international law and reassured that the country's leadership would never order security forces to enter the embassy's territory without the due permission of the diplomatic mission.

According to the Mexican government, Bolivia's requests to extradite former Morales officials, who are at the embassy and accused of crimes against their country, are unlawful as they were charged 11 days after the asylum decision was made.

The Mexican embassy in La Paz currently hosts nine former Morales officials under the claim of asylum, four of whom are wanted at home on charges of sedition and terrorism. On Monday, Mexico voiced deep concerns over the "excessive presence" of Bolivian security officers near its embassy, and their attempts to intimidate diplomats and search their vehicles in actions that amount to violations of the Vienna Convention - the document grants immunity to diplomatic premises and personnel.

Under pressure to resign from the protesting public and nation's military, Morales stepped down from his fourth term in office on November 10 and fled to Mexico. Most of Bolivia’s senior government officials also resigned and sought asylum in the Mexican embassy in La Paz. In the meantime, the Senate's second vice speaker, Jeanine Anez, declared herself interim president, and the new authorities announced a presidential election for mid-March.