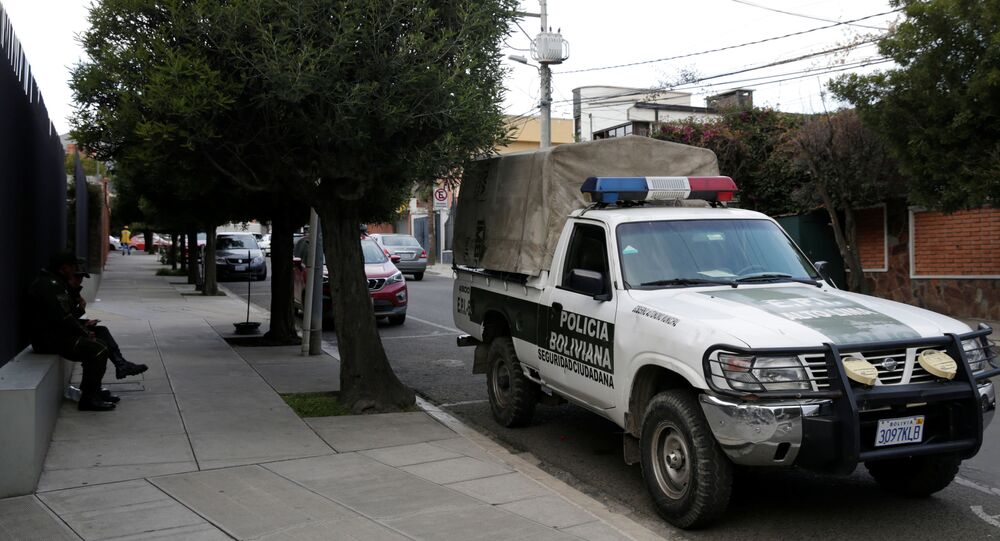 Previously, the Mexican foreign ministry had expressed concerns over numerous intelligence and surveillance services personnel at its embassy in La Paz.

Mexico's foreign ministry has accused Bolivia of "harassment and intimidation" of its diplomats at the Mexican embassy in La Paz and requested a meeting with Bolivia's charge d'affaires, Reuters reported on Wednesday.

The Mexican foreign ministry sees the abundant surveillance of its embassy, as well as boosted police presence around the building as tantamount to an invasion of the embassy and going against Article 22 of the Vienna Convention on Diplomatic Relations.

Mexico has called on Bolivia's charge d'affaires to explain these activities.

Tensions between the two nations escalated after Bolivian President Evo Morales had to step down under pressure from the public and military. The Senate's second vice speaker, Jeanine Anez, declared herself interim president at an extraordinary session in Parliament that was boycotted by Morales' socialist party. He himself has characterised the situation as a coup.