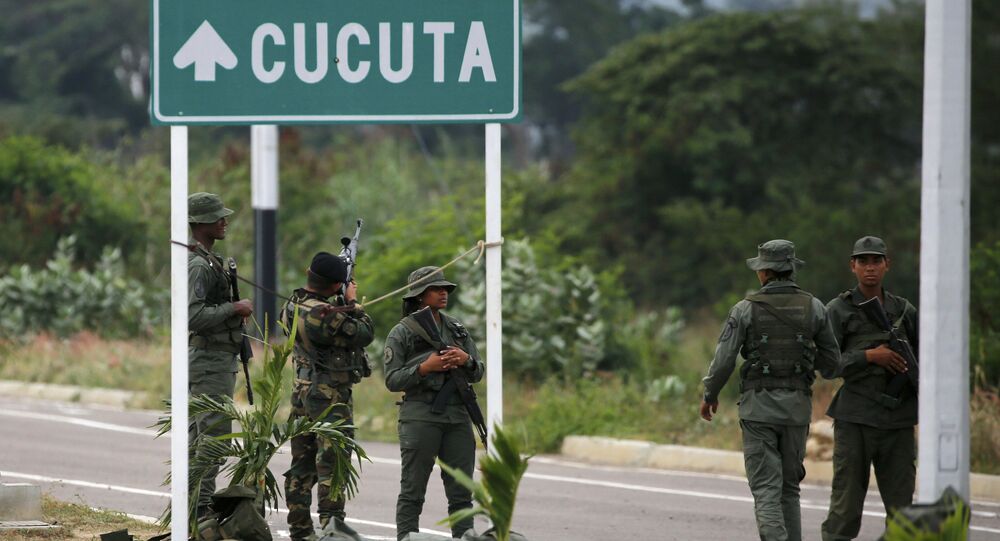 The Venezuelan Defence Ministry on Sunday said that one of its military units was raided in the southern part of the country by what it described as elements of a radicalized opposition, claiming that attackers attempted to rob an ammunition depot.

According to the Venezuelan military, at least one serviceman was killed in the attack. After a skirmish, however, Venezuelan forces reportedly detained some of the gunmen, who are being currently interrogated.

All the stolen weapons have been retained and national security and intelligence services have been alerted and have launched an urgent investigation into the incident, the ministry said in a series of statements on Twitter.

​Authorities also urged Venezuelans to stay alert, vowing to investigate the incident thoroughly and persecute perpetrators. The ministry has not provided details on what happened during the attack.

December marks almost a year of ongoing political turmoil in the beleaguered nation on the heels of many years of economic and cultural unrest. The long-term Venezuelan crisis was heightened recently after US-backed opposition leader Juan Guaido proclaimed himself "interim president" in January. His bid was recognized by a majority of Latin American countries as well as many EU states. Incumbent President Nicolas Maduro accused the administration of US President Donald Trump of trying to orchestrate a coup in order to install Guaido as its puppet and take over Venezuela’s vast petrochemical natural resources, reportedly the largest oil reserves in the world.

© AP Photo / Leonardo Fernandez
Four Opposition Lawmakers in Venezuela to Be Stripped of Immunity – Ruling
Tensions in the nation reached a peak in late April when elements of a radicalized opposition initiated a failed coup to oust Maduro. In early summer, Venezuela faced a series of major blackouts, one of which was the largest in the country's history, with at least 21 out of Venezuela's 23 regions having no power for several days. Maduro's administration blamed the power outages on attacks by the United States, while Washington noted that the incidents were the result of decades of power grid infrastructure neglect.

Since the beginning of the major political crisis in Venezuela, Washington has frozen the US-based assets of the Venezuelan state-run oil company PDVSA in a bid to step up pressure on Maduro's constitutionally-elected government. Supported by China and Russia, among other states, Maduro has repeatedly condemned the Trump administration's "imperialist" moves.