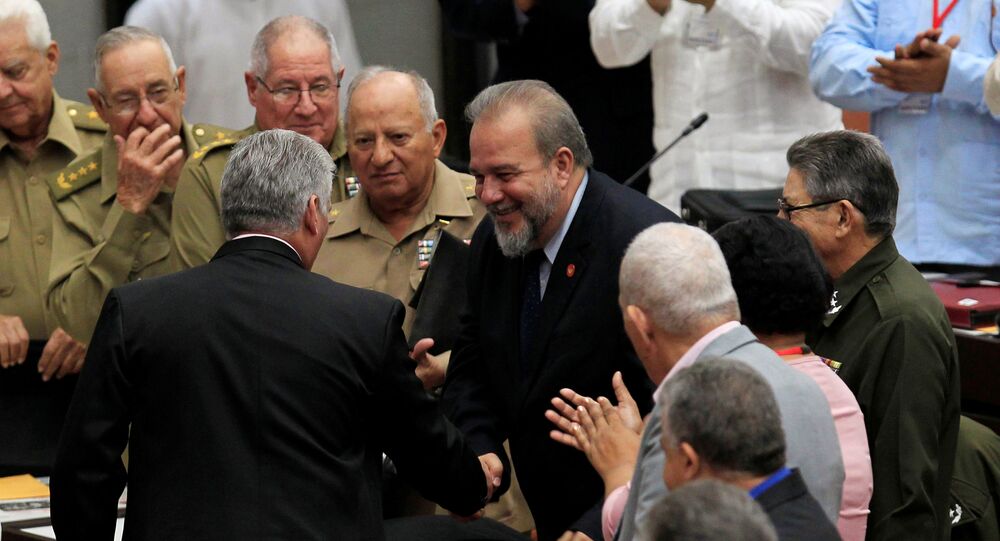 "Cuba already has a prime minister: The National Assembly appointed, on proposal of the president of the Republic, Manuel Marrero Cruz, who served as minister of tourism," it announced on Facebook.

The legislature, which met for a regular session on Saturday, also appointed six deputy prime ministers and one secretary of the council of ministers.

​Manuel Marrero, who served as a colonel in Cuba's armed forces before becoming the nation's minister of tourism over 15 years ago, has been named the new prime minister for a five-year term.

The post of prime minister was abolished in 1976 but was restored earlier this year after Cuba adopted a new constitution in a February 2019 referendum.

The last prime minister in Cuba was Fidel Castro, who held the position from 1959 to December 1976, before the name of the post was changed to 'president of the council of ministers.'

The Republic of Cuba will now have both a president, currently Miguel Díaz-Canel, and prime minister, at the same time. The PM is expected to manage the Cuban government, but under the supervision of the president.

Cuban Parliament President to Come to Russia in June – Vice-President