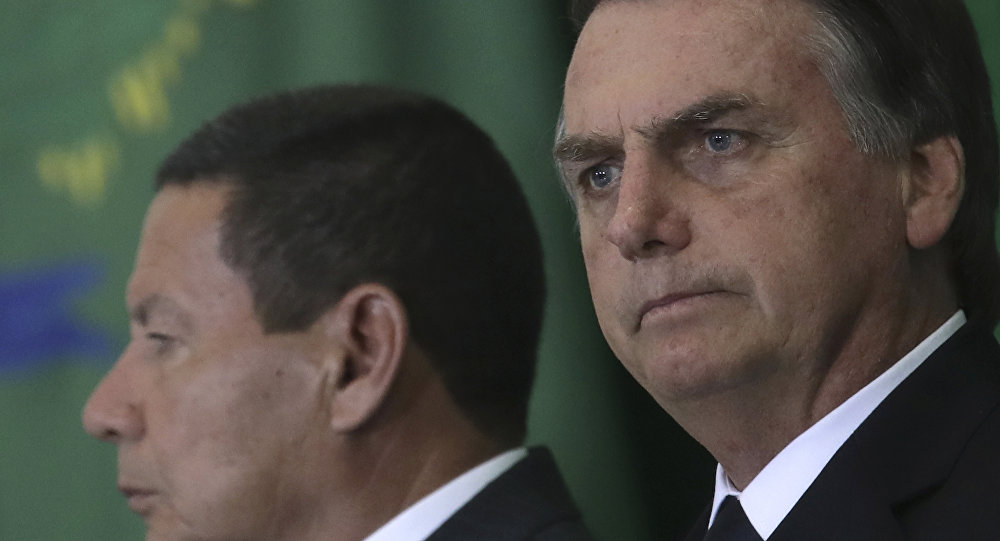 At a press conference on Friday, the Brazilian leader aggressively responded to allegations of money laundering by his son. The outburst instantly sparked a strong response on social media, including from one Brazilian lawmaker.

Brazil’s president, Jair Bolsonaro, made a jaw-dropping comment during a press conference Friday, suggesting that a journalist who questioned him on corruption allegations, looks “an awful lot like a homosexual,” Fox News reported.

Rio de Janeiro prosecutors are currently investigating Bolsonaro’s son over allegations that he laundered money during his time as a state legislator. According to the charges, the younger Bolsonaro employed “ghost workers” with no duties, in exchange for a percentage of their salaries, which he then laundered through a chocolate shop he owns.

For Jair Bolsonaro, who was elected on an anti-crime and anti-corruption platform, the investigation is reportedly a thorn in his side. The leader vehemently responded to the allegations by attacking media members for “biased coverage”, which includes reports claiming he is a racist and has committed numerous environmental crimes.

"Your face looks an awful lot like a homosexual's, but that's no reason to accuse you of being a homosexual," he fremarked to a reporter, sparking laughter among aides and supporters, according to Fox News.

Among them was Jean Wyllys, an openly gay parliamentarian, who often clashed with Bolsonaro before he became president.

​Bolsonaro has made many abrasive comments, including those demeaning women and minorities, which, during his presidential campaign, earned him the nickname of the “Brazilian Donald Trump.” The two leaders reportedly have enjoyed notably good personal relations, which nonetheless did not stop Trump from slapping import tariffs on Brazilian and Argentine steel and aluminum earlier in December.

US to Refrain From Imposing Tariffs on Brazilian Steel – President Bolsonaro