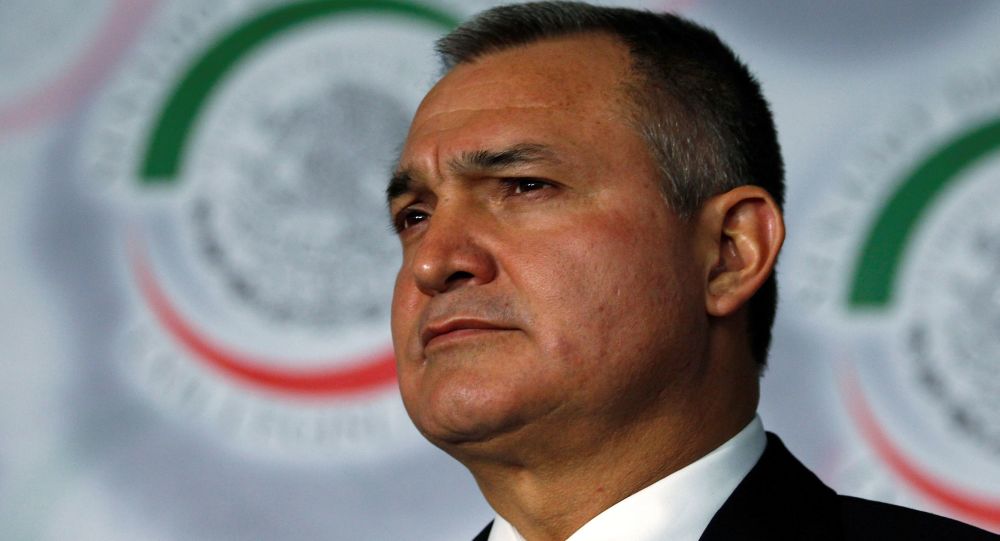 WASHINGTON (Sputnik) - Mexico’s former top federal public security official Genaro Garcia Luna has been arrested and charged with receiving millions of dollars from the Sinaloa drugs cartel, led by Joaquin Guzman Loera, also known as "El Chapo," the US Department of Justice said in a press release on Tuesday.

"An indictment was unsealed today in federal court in Brooklyn charging Genaro Garcia Luna, the former Secretary of Public Security in Mexico from 2006 to 2012, with three counts of cocaine trafficking conspiracy and one count of making false statements," the release said.

In exchange for multi-million dollar bribes, Garcia Luna allegedly permitted the Sinaloa cartel, one of the wealthiest and most powerful crime organizations in the world, to operate with impunity in Mexico, the Justice Department said.

Luna led Mexico’s Federal Investigation Agency from 2001 to 2005, and he served as the country’s Secretary of Public Security, controlling its Federal Police Force, from 2006 to 2012, the release said.