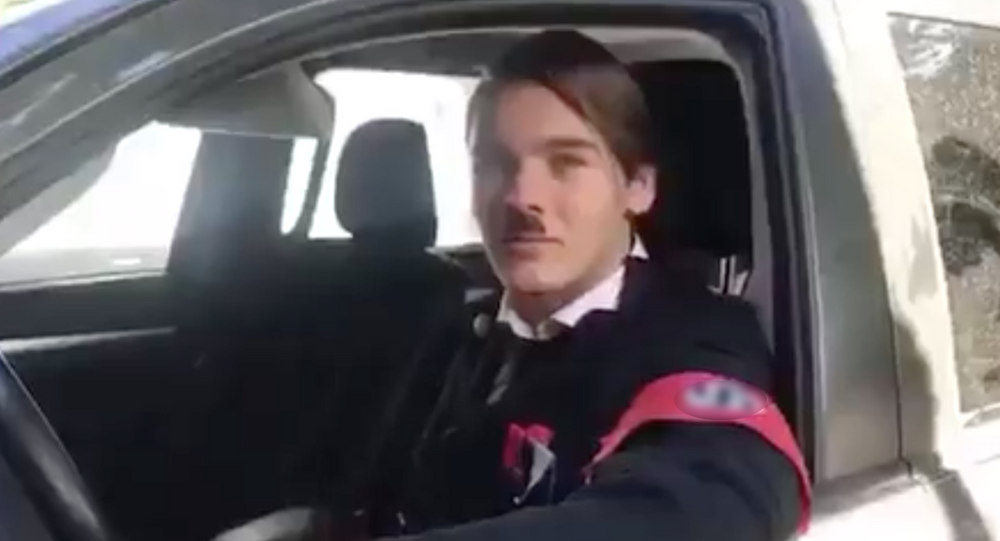 While the teacher who graded the project was laid off, the school apologised for the “Nazi parody song” incident to all parties who might have been offended by the video.

A group of students from a history class at a private secondary school in Argentina called Escuela Modelo de San Juan recently created a rather questionable music video as a school assignment, featuring performers dressed in improvised Nazi uniforms, with the teachers ranking the vid 9 points out of 10, Haaretz reports.

The video in question appears to be a parody of “Barbie Girl” by Aqua, featuring lyrics such as “I’m a Nazi girl in a Nazi world” and "Come on Jews, let's go camps".

​In another scene, a girl dressed in black and wearing a swastika armband opens a kitchen oven while singing “you must behave or you’re gonna die.”

According to the newspaper, the school ended up apologising for the incident to the local Jewish community, as well as to other “groups insulted in the video”, such as blacks and homosexuals, while the teacher “was sanctioned and fired from the school.”