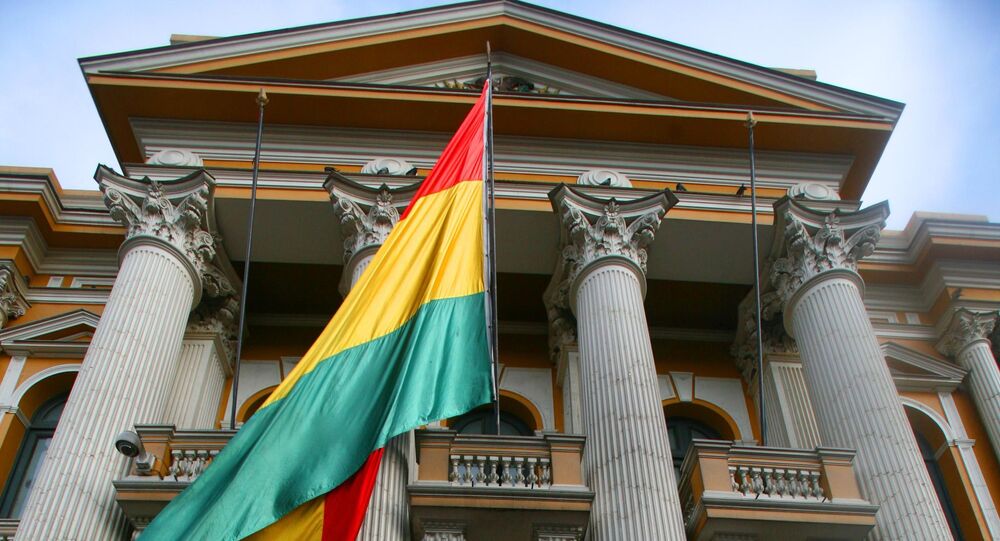 The former Bolivian president resigned in the wake of mass demonstrations over his re-election to a new term and left the country for Mexico. Jeanine Anez, an opposition lawmaker, declared herself the interim president – a move that Evo Morales has described as a coup.

The Bolivian Senate on Saturday passed a bill annulling the presidential victory of Evo Morales, the upper house wrote on Twitter.

"The House of Senators unanimously approved the bill ‘Exceptional and Transitional Regime for holding General Elections’ and has passed it to the Chamber of Deputies", the statement from the Senate said.

The legislative body has also reportedly approved a law for new elections to be held.

"The general election held on 20 October 2019 and its results are recognised as void. It is planned to hold a new general election to elect president, vice president, senators, deputies and representatives of supranational parliamentary bodies for the period of the constitutional mandate of 2020", the bill said.

Currently, Bolivia is experiencing political turmoil amid a power transition. Former President Evo Morales resigned and fled to Mexico after his victory in the elections in October was challenged by the opposition. Morales arrived in Mexico on 12 November, where he was granted political asylum. Mass protests erupted in Bolivia and the armed forces urged Morales to step down for the sake of maintaining order in the country.

Last week, opposition lawmaker Jeanine Anez proclaimed herself interim president and appointed a new caretaker government. She has also pledged to hold a new election and ensure that Morales not be allowed to run for a fourth consecutive term.