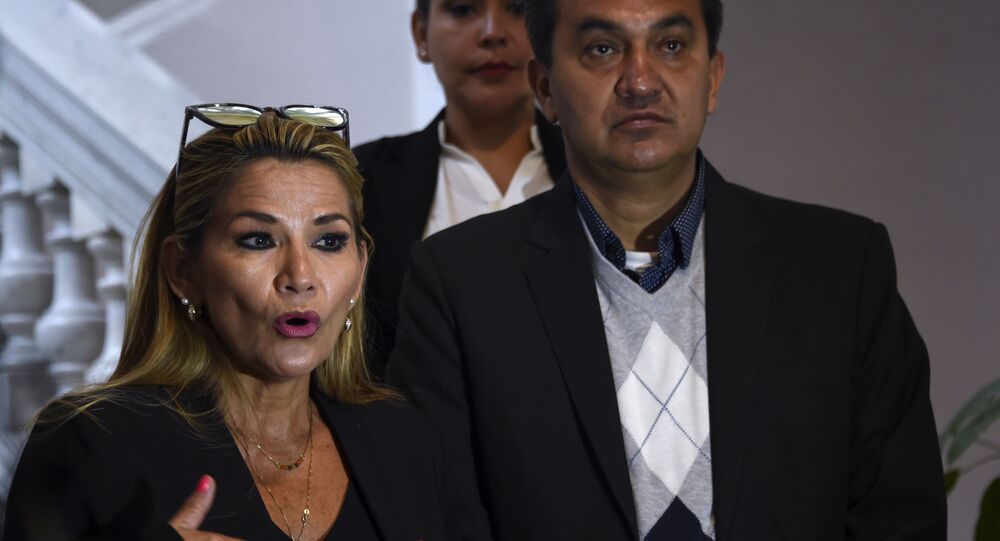 Murillo went on to claim that the proposed unrest might lead to blocked roads and therefore result in disrupted food deliveries to Bolivia’s cities. Morales, in turn, said the video clip, which the authorities used in their lawsuit against him, had been edited.

"The evidence is obvious, we have presented it. Juan Ramon Quintana [the former head of the president's administration] stated that he intended to turn Bolivia into Vietnam, and he is attempting to do it ... The video shows the evidence against Evo Morales. You can clearly hear on the recording that he calls for the killing of civilians and laying siege to the city", Murillo said during a press conference broadcast by Bolivia TV channel.

Earlier in the day, Bolivia's Foreign Ministry lodged a protest with the government of Mexico, saying that Morales was engaged in activities that contradicted the asylum status he had acquired after having fled there in the wake of his resignation.

Morales fled Bolivia earlier in November amid violent protests against the results of a presidential election, in which he secured his fourth term in office. Opposition lawmaker Jeanine Anez then took over as interim president with Morales later characterising the situation as a coup.