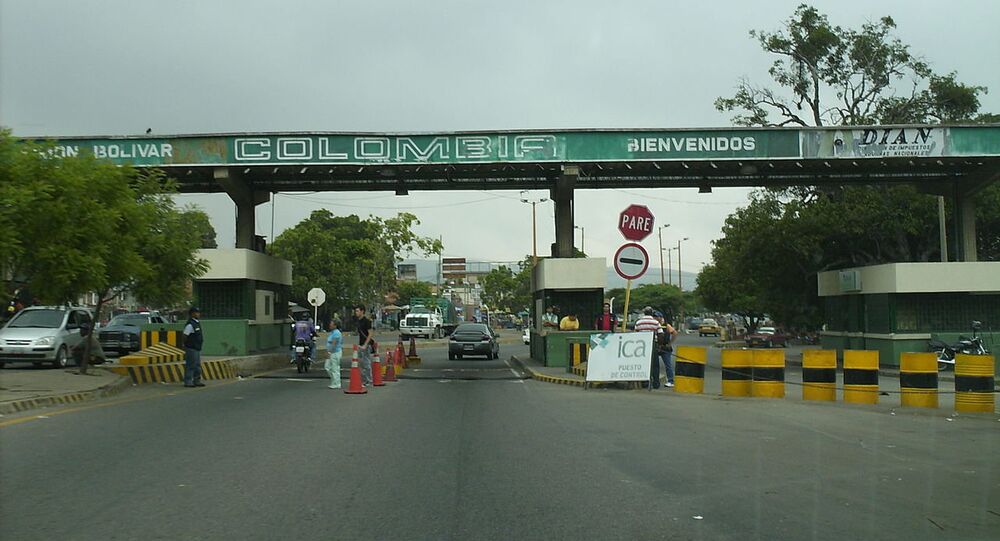 Bogota is bracing for massive protests later this week over the government’s unpopular social policies and a scandal which began earlier this month over the news that a government forces attack on a guerilla camp accidentally caused the deaths of eight children.

The Colombian government has moved to close all land and river borders between Colombia and its neighbours effective midnight on Wednesday and lasting until 5 am Friday morning as authorities brace for nationwide strikes Thursday against the government of President Ivan Duque.

“The border closure begins today at midnight and will last until 5 am on Friday, November 22,” a statement posted on the Colombian border service’s website said. “The decision applies to all land and river borders with Brazil, Venezuela, Peru and Ecuador. The measure is designed to ensure safety during the demonstrations which are to be held across different regions of the country on Thursday, November 21,” the advisory added.

According to authorities, during this period, border checkpoints will be reinforced by additional personnel.

Protesters are expected to take to the streets of Bogota, Cartagena, Cali, Medellin, Bucaramanga and other cities on November 21 in a general strike organised by unions and civil society groups, with protesters demanding labour and pension reforms.

Some protesters are also believed to be demonstrating against the government following revelations earlier this month that the Colombian military had bombed a camp led by a former Revolutionary Armed Forces of Colombia (FARC) commander in August, and accidentally killed eight children, covering the incident up. The revelations sparked a national scandal, and prompted President Duque to accept his defence minister’s resignation.

FARC signed a much celebrated peace deal with the government in 2016, ending over half a century large-scale bloodshed, although thousands of militants refused to join the peace process.

Colombia is preparing for its protests amid a wave of unrest which has already swept through much of Latin America, with Chile, Bolivia, and Venezuela wracked by violent demonstrations in recent weeks and months. Ironically, Venezuelan authorities recently accused Bogota and the Duque government of being involved in a plot destabilise the situation in Venezuela and overthrow the government of President Nicolas Maduro, and promised to present evidence that Colombia has provided shelter and aid to anti-Venezuelan "terrorist groups" to the UN.