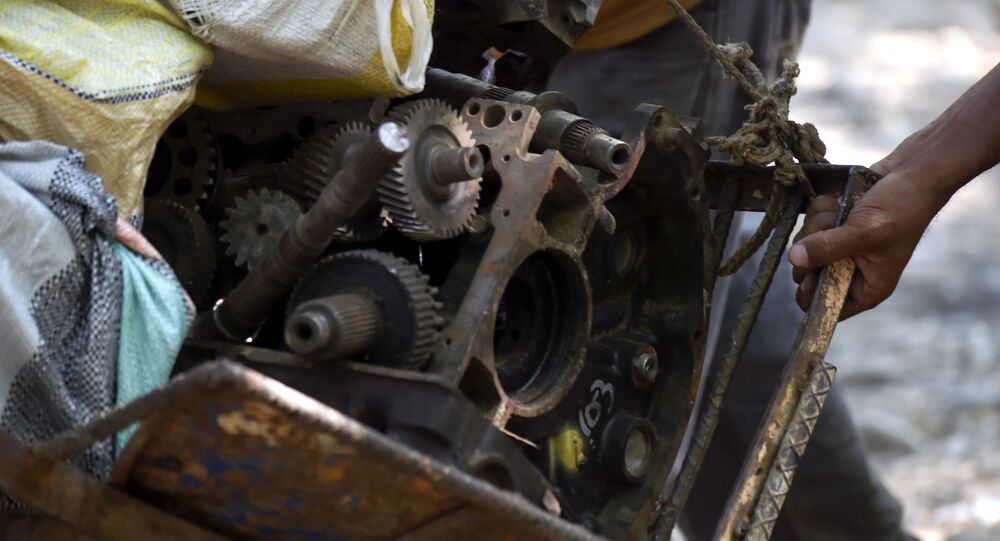 Caracas has faced a severe economic crisis in recent years, which was only exacerbated by the sanctions that the US slapped on the country in 2018 limiting its capability to sell oil, one of its key exports.

The Venezuelan company Corpoez has started shipping scrap metal to Turkey amid ongoing US sanctions pressure on the Latin American state, Bloomberg reported. According to the media outlet, a sale of 29,000 tonnes of scrap metal was made back in August, with the cargo itself leaving Venezuelan port only in November.

The company itself recently published videos of the Anshun cargo ship loaded with scrap metal-filled containers without specifying the cargo's destination. The company hasn't commented on Bloomberg's report.

The news outlet noted that despite the scrap metal market not being very large, it has still provided a sustainable income to sellers in the past. Bloomberg stressed that in more recent years, Venezauela's exports of scrap metal have started to dwindle, with major clients such as the US, Japan, Spain, and China "peeling off".

Economic and Political Crisis in Venezuela

Scrap metals were designated as "strategic materials" by the Venezuelan government back in 2017, restricting its sale and export to a single company – Corpoez. The decision was made when the economic crisis first struck Venezuela, resulting in hyperinflation and shortages of certain types of goods on the shelves.

The crisis was further exacerbated by the introduction of US sanctions on Venezuela, as well as by a political crisis, initiated by the opposition. The latter’s leader, Juan Guaido, proclaimed himself the interim president in January 2019 and in April that same year tried to stage a coup against elected President Nicolas Maduro.

The coup, which, as Caracas believes, was orchestrated by Washington, ultimately failed, with some opposition members being arrested and others, including Guaido, fleeing the country.