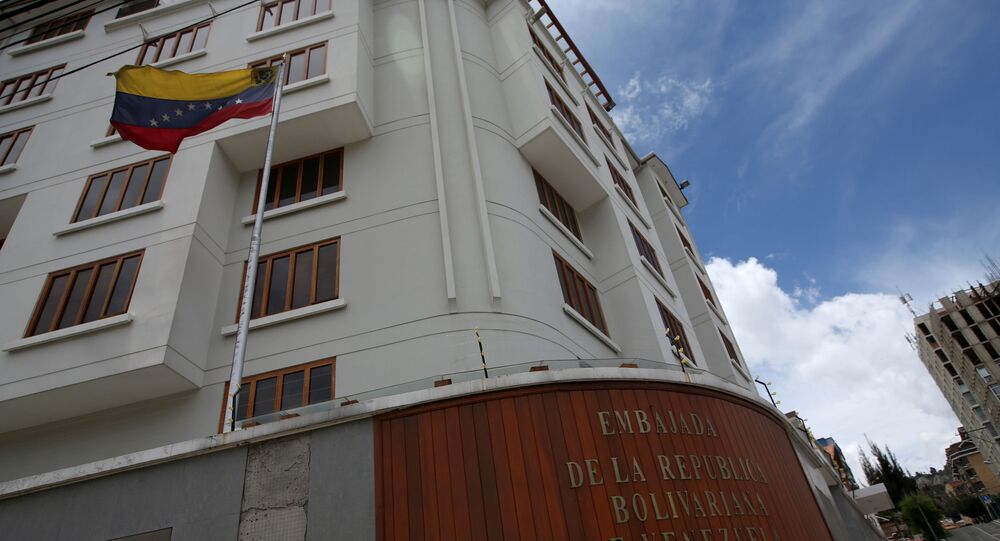 Previously, Caracas harshly condemned the "coup d'état" in Bolivia that led to the resignation of President Evo Morales, who made the move after the country's military sided with the protesters and demanded that he leave his post.

Bolivian Foreign Minister Karen Longaric announced that all Venezuelan diplomats would be expelled from the country for "violating diplomatic norms" following the resignation of President Morales and the appointment of Jeanine Anez as interim president.  The minister also promised that the country would "go a bit further" in regards to Venezuela, but refused to delve into details.

Longaric further accused Venezuela of meddling in Bolivia's internal matters and vowed to file a complaint against the country's alleged actions. She also stated that relations with both Venezuela and its regional ally Cuba would be reviewed.

Earlier, Bolivian President Evo Morales fled the country to Mexico after announcing his resignation. He did so soon after the Bolivian military sided with protesters demanding the president's resignation over alleged manipulations during the recent elections.

President of the Senate of Bolivia Jeanine Anez then assumed the post of interim Bolivian president, which she will hold until a new election is held in the country. She recently recognised Juan Guido's claim to be Venezuela's interim president.

Caracas itself has called Morales' resignation and the change of power in Bolivia a "coup".