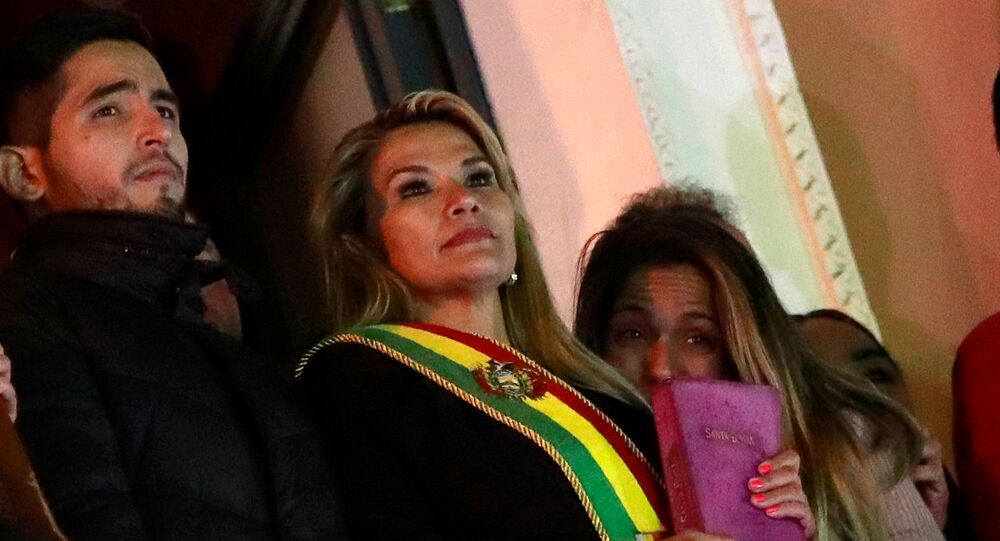 MOSCOW (Sputnik) - The recognition of legitimate authorities in Bolivia could be possible only after the elections in the crisis-hit Latin American country, Russian Foreign Ministry spokeswoman Maria Zakharova said.

"We assess the situation in Bolivia as the situation where the elections must be held. And after that we can talk about the legitimate authorities", Zakharova said at a weekly news briefing.

The Russian Foreign Ministry condemns the use of violence to solve political problems, spokeswoman Maria Zakharova said, commenting on the current political crisis in Bolivia. Meanwhile, Deputy Foreign Minister Sergei Ryabkov stated that Russia sees all the events that were happening in Bolivia prior to the change of power as tantamount to a coup. Several countries, including Venezuela, Cuba and Mexico, have already described the events in Bolivia as a coup.

The statements come after former president Evo Morales appealed to the United Nations and other international organisations, as well as European countries and the Catholic Church to promote a peaceful settlement in Bolivia.

Bolivia plunged into a political crisis following the presidential election on 20 October, which saw Morales secure his fourth term in office. However, the opposition refused to accept the vote results, citing alleged irregularities in vote-counting procedures, which were subsequently confirmed by the Organisation of American States.

The developments prompted mass protests that soon turned violent. The Bolivian armed forces joined in on the calls for Morales to step down, saying this was necessary to ensure order in the country.

Morales, who ruled Bolivia for almost 13 years, resigned on 10 November and left for Mexico two days later after being granted political asylum there. Senate deputy speaker Jeanine Anez, a member of the opposition, has taken over as interim president.