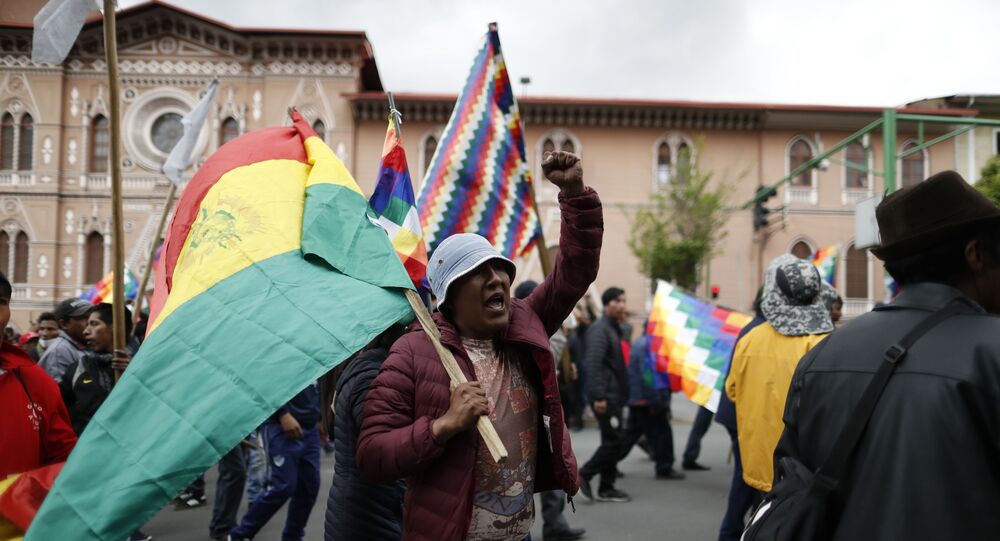 MEXICO CITY (Sputnik) - At least two people died in the Bolivian capital of La Paz during the ongoing protests and violence in the Latin American country that forced President Evo Morales to resign and seek political asylum in Mexico, local media reported on Tuesday.

Earlier reports indicated that 12 people were injured in the city of Cochabamba, and there was no mention of fatalities.

Earlier in the day, Morales arrived in Mexico to take up political asylum.

Following resignations of the entire country's leadership, a wave of riots, arson, and attacks on the homes of officials continue taking place, primarily, in major Bolivian cities such as La Paz, Cochabamba, and Santa Cruz.

Morales won the first round of the 20 October election but his main rival, Carlos Mesa, refused to concede his defeat, sparking off clashes. Morales stepped down on Sunday after the national armed forces urged him to do so amid the ongoing protests.