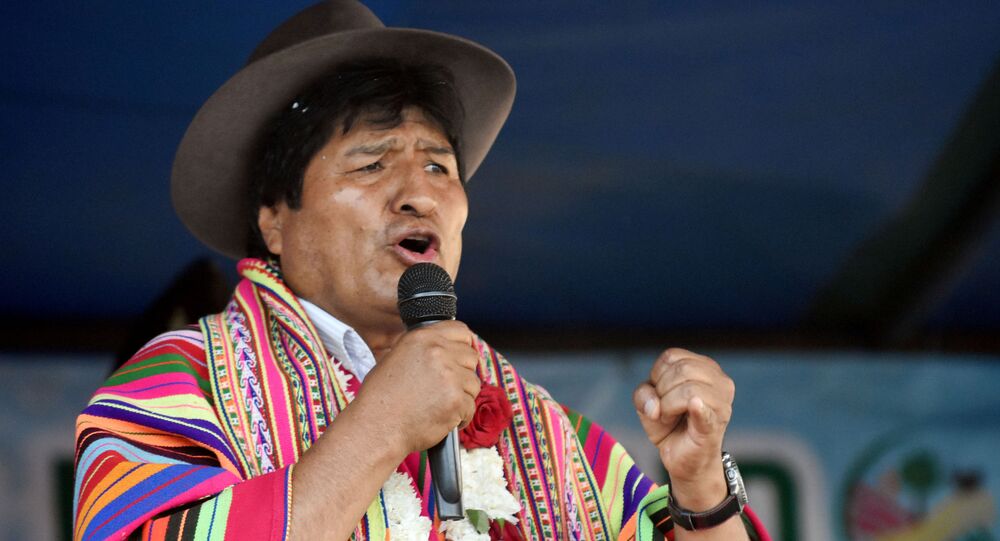 Mexico's Ebrard further called for the Bolivian government to allow for Morales' safe passage, stressing that the former president's "personal integrity is not endangered." The foreign minister, who previously indicated that Morales resignation was the result of a "military coup," went on to tell reporters Monday that Morales had "both orally and formally" confirmed his desire to claim political asylum with the Mexican government.

"Latin America has witnessed in its history of unfortunate and violent events in which the democratic order is broken, on numerous occasions with the participation of military forces," the Mexican official stated in an address.

Ebrard previously announced on Sunday - the same day that Morales had resigned from his presidential post - that Mexico would grant Morales asylum if he wanted it.

The latest development comes after US President Donald Trump issued his own statement on the matter, calling the resignation of Morales a "significant moment for democracy in the Western Hemisphere."

POTUS concluded his remarks by stating that the stepping down of Morales sends a "strong signal to the illegitimate regimes in Venezuela and Nicaragua that democracy and the will of the people will always prevail."

Morales opted to resign from his presidential post on Sunday hours after Gen. Williams Kaliman, the Bolivian military's chief, called on him to step aside. The call came amid heightened tensions among demonstrators across the country who were called to the streets to protest against the government after reports of election fraud surfaced. The former Bolivian president has stated that the weekend events were the results of a right-wing coup lead by opposition leaders Carlos Mesa and Luis Fernando Camacho.

With several resignations having been made over the weekend after Morales stepped down, the role of Bolivia's president eventually fell to opposition leader Jeanine Anez Chavez, who has told local media outlets that new elections must be held by January 22, 2020.

The Organization of American States, which issued it's own report that indicated it found "clear manipulation" of Bolivia's voting system, is expected to hold a special session on the current state of Bolivia on Tuesday.