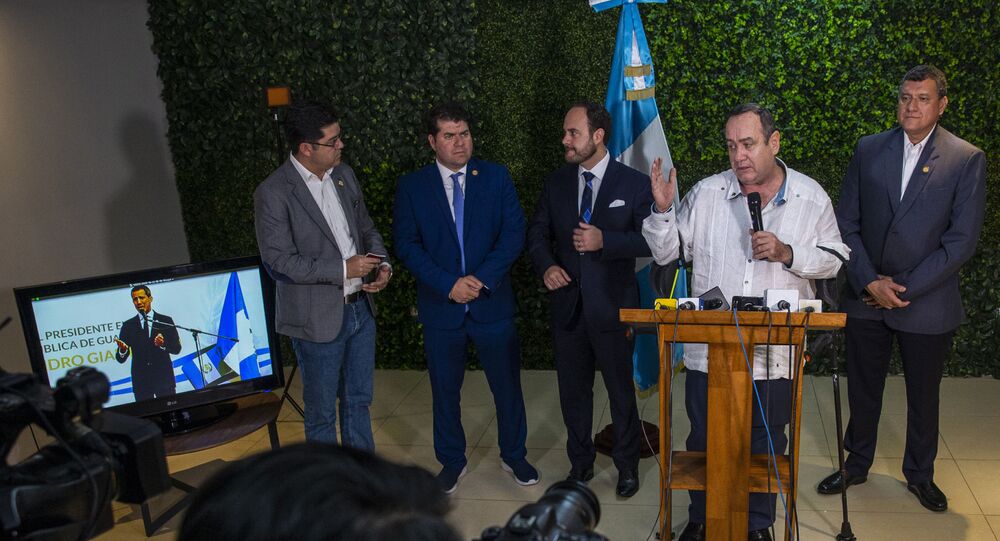 MEXICO CITY (Sputnik) - Guatemalan President-elect Alejandro Giammattei said he would cut off the relationship with Venezuela after his inauguration in January 2020.

"We will do this on 14 January. We are going to completely break off relations with Venezuela", the president told reporters, cited by the Impulso newspaper.

Giammattei beat his rival, former first lady Sandra Torres, in the second round of the election on 11 August, after an inconclusive first round in June. He won 57 percent of the vote.

The situation in Venezuela has been tense since January, when anti-government protests, fueled by opposition leader Juan Guaido’s move to proclaim himself the country’s interim president, erupted.

The confrontation between the Venezuelan opposition, led by Juan Guaido, and the government of constitutionally-elected Venezuelan President Maduro resulted in a full-scale political crisis in the country.

Maduro has slammed Guaido, saying he acted at the orders of the United States, which sought to install him as the country’s president and get hold of Venezuela’s oil assets.

In May, the Venezuelan authorities thwarted a coup attempt involving the military.

Guaido was swiftly recognized by the United States and its allies, including those in Europe, while Russia and China among numerous other countries have backed the elected government and Nicolas Maduro.