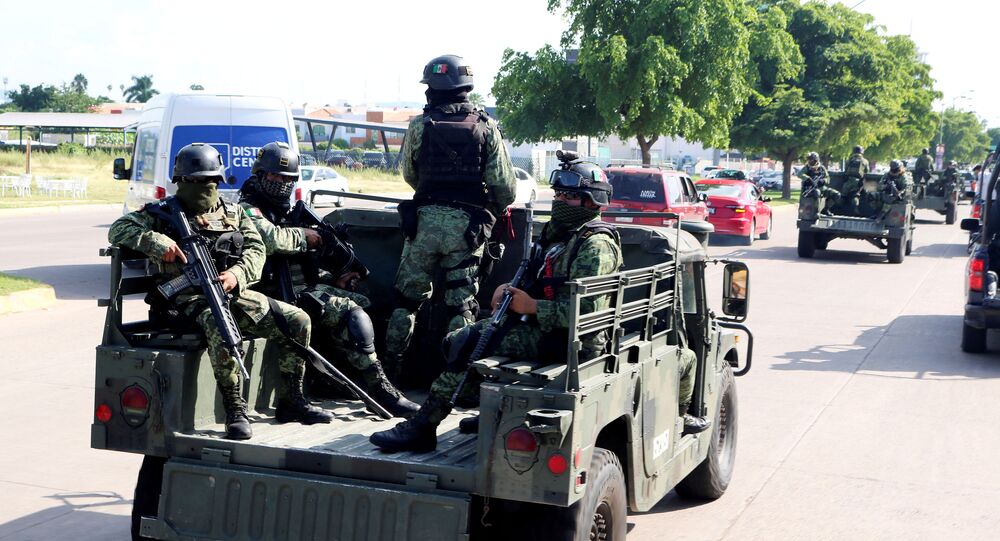 Police have arrested 31 people in connection with drug trafficking, but the judge later released most of the suspects.

Mexican police have discovered 40 skulls, a foetus in a jar and dozens of other human bones during a raid on the home of suspected drug traffickers in the capital Mexico City. According to a local resident, the criminals allegedly conducted satanic rituals, said to make them immune to police bullets and bring good fortune in their criminal activity.

Photos published by local media outlets show the items placed near an altar with a cross and a wooden mask on it. The wall to the right of the altar was adorned with a pyramid, celestial bodies, and a goat with a hexagram between its horns. Law enforcement officers also found dozens of other human bones and are now trying to determine how many people have been killed in this home and the victims’ identities.

Police officers arrested 26 men and five women during the raid on five houses in the Tepito neighbourhood, who they believe are part of the Union Tepito cartel, but the judge later released most of the suspects. The main target of the raid was the alleged leader of the cartel nicknamed El Lunares, who police said escaped via a tunnel. Omar Garcia Harfuch, head of the police in Mexico City, told local media that the cartel had received protection from the authorities who might have warned them of the upcoming raid.

In 2006, the Mexican government launched a military campaign known as the Mexican Drug War against cartels operating in the country. Authorities’ primary aim was to stop drug related violence, however after 13 years the number of casualties hasn't decreased. More than 33,000 people were murdered in Mexico in 2018.

Mexican authorities have recently suffered a humiliating defeat at the hands Sinaloa cartel, who turned the city of Culiacán into a war zone after law enforcement officials detained Joaquín Guzmán Loera, head of the cartel and son of notorious drug lord El Chapo, who is awaiting trial in the United States. To the amazement of the public, security forces released Joaquín Guzman as they feared that by continuing a shootout they were endangering the lives of civilians.

Renata Avila, a political analyst specialising in Latin America said Mexico can’t solve the drug issue on its own.

“It’s a regional and even global problem. The only way tackle this problem is with a series of measures that put social investment at the core of it – education, investment in social security. Authorities should give people a dignified existence so that they don’t have to turn into drug dealers or traffickers of drugs”, said Renata Avila.