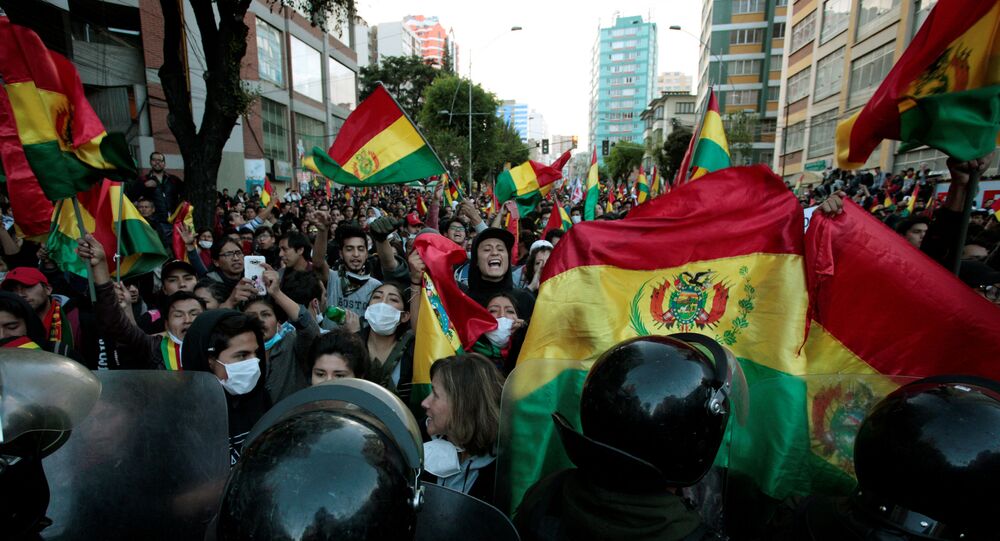 MOSCOW (Sputnik) – Some 27 people were detained during Monday's protests in Bolivia, in the aftermath of the presidental election, the country’s Public Prosecutor’s Office announced.

Bolivian President Evo Morales has declared a state of emergency in the country, saying he is "protecting the democracy". He stated that he won a fair presidential election and that the recent protests are an attempt to overthrow the government with foreign help.

"… the Public Prosecutor's Office has 13 cases opened and 27 people have been apprehended in different parts of the country, including Pando, Oruro, and Tarija", Bolivia’s Prosecutor’s Office said in a statement late on Tuesday.

According to the release, investigations are underway into vandalism that has led to the destruction of public and private property and has put the lives of people at risk.

To win in the first round of the presidential election in Bolivia, a candidate needs to get more than 50 percent of the votes, or, as an alternative, at least 40 percent with a margin of 10 percent from their closest opponent.

Preliminary results released on Sunday showed that there would be a second round of elections.

Secretary General of the Organisation of American States (OAS) Luis Almagro has accepted the Bolivian government’s invitation to carry out an audit of the presidential election in the country, amid controversies over the results.