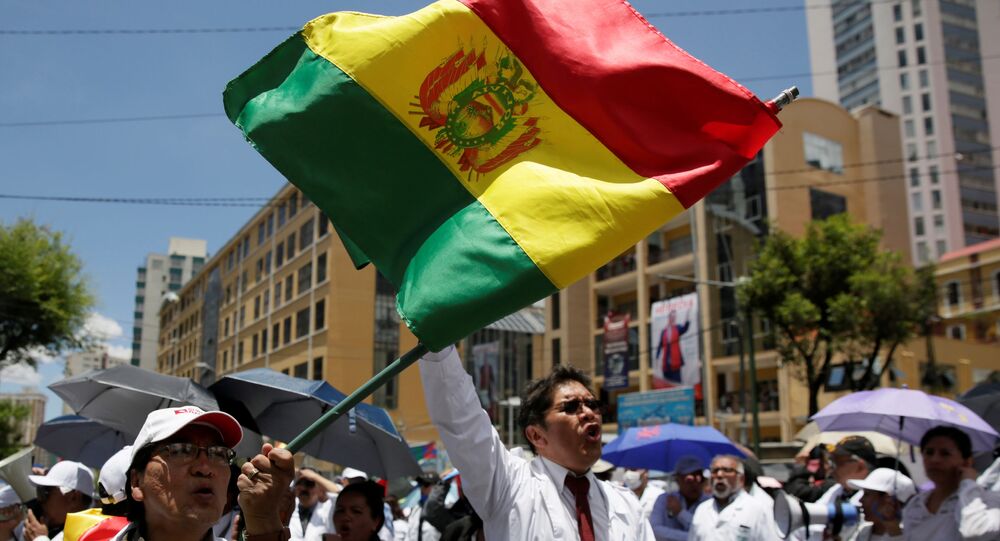 MOSCOW (Sputnik) – Vice President of Bolivia’s Supreme Electoral Tribunal, Antonio Costas, is resigning amid controversies over the results of the presidential election.

According to Costas’s resignation letter, submitted on Tuesday, the "decision to resign from office is due to the following reason: ‘The unreasonable decision of the Supreme Electoral Tribunal to suspend the publication of the results of the Electoral Preliminary Results Transmission System – TREP.’"

Earlier on Tuesday, the Organization of American States (OAS) announced it would hold a special meeting on Wednesday to discuss the results of the Bolivian presidential election.

Bolivian Foreign Minister Diego Pary announced at a press conference that his country’s government had sent an official note to OAS inviting it to carry out an "audit", to check the entire process of vote counting in the presidential election.

To win in the first round of the presidential election in Bolivia, a candidate needs to get more than 50 percent of the votes, or, as an alternative, at least 40 percent with a margin of 10 percent from the closest opponent.

Mesa has refused to recognize the election results and has accused the Bolivian government of electoral fraud.

The OAS expressed concerns on Tuesday over the confusing situation with regard to the vote count in Bolivia, recalling that preliminary results released on Sunday showed that there would be a second round of elections.