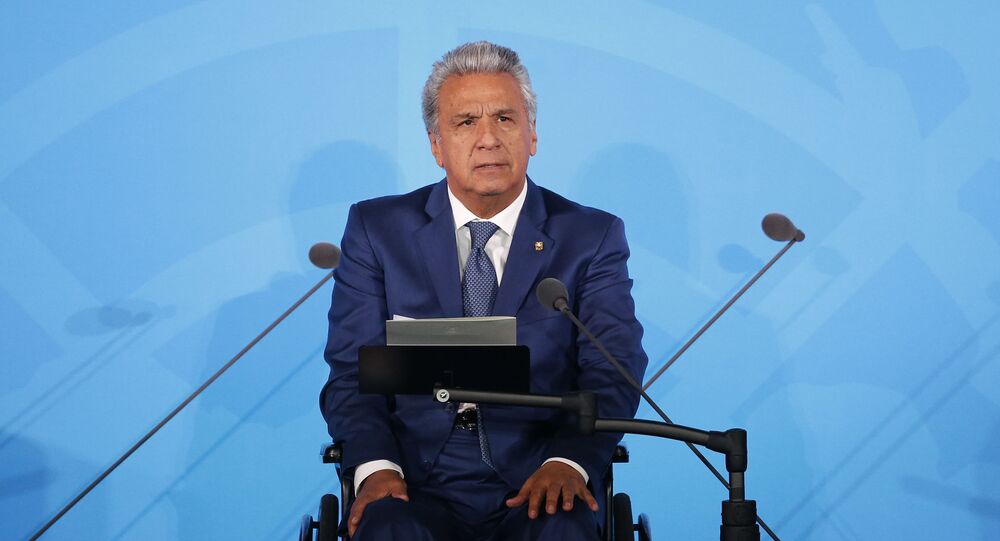 MOSCOW (Sputnik) – Ecuador’s President Lenin Moreno has called back the decree on fuel subsidies cuts, which was one of the major reasons behind the mass protests in the country this month.

"As agreed, decree 883 has been repealed, so we proceed to develop a new one that ensures a subsidy policy for those who need them. No one loses when peace triumphs!" Moreno wrote on Twitter on Monday, releasing photos of the relevant documentation.

Earlier on Monday, Ecuador’s ombudsman’s office released updated information on the death toll from the mass protests in the country, saying that 8 people had died and 1,340 were wounded, while 1,192 had been detained.

Moreno has accused supporters of his predecessor, Rafael Correa, of fueling protests that began earlier this month.

On Monday, an Ecuadorian lawmaker said that the left wing of the country’s parliament was exploring the possibility of impeaching the government for reprisals during protests and the alleged persecution of former president Rafael Correa’s supporters.

Ecuador Is a Time Bomb: How Long Will the Crisis Last?

Inside Look: How Ecuador’s Capital Has Turned Into a Battlefield