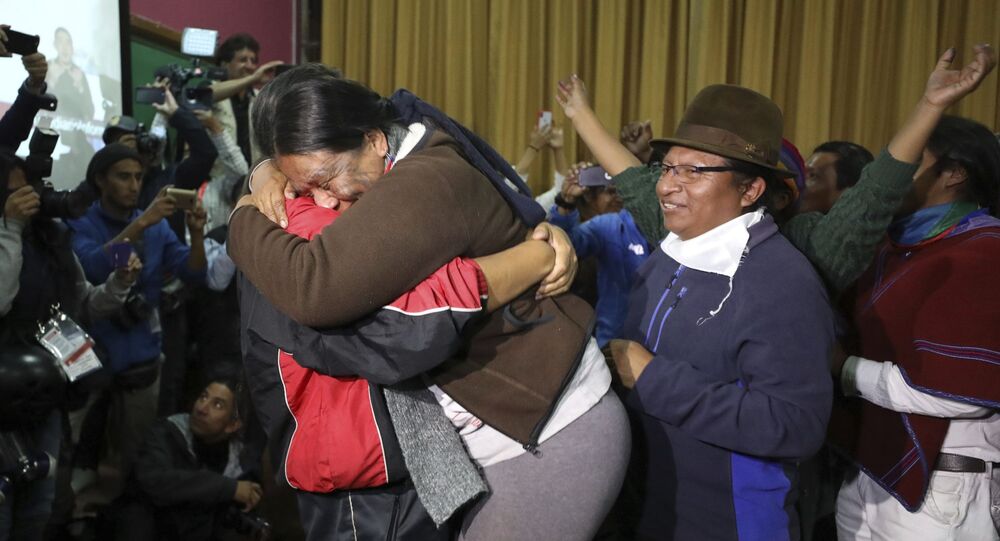 Earlier, Moreno vowed to review his controversial decree on cutting fuel subsidies which had prompted the nationwide unrest.

"With this agreement, the mobilizations... across Ecuador are terminated and we commit ourselves to restoring peace in the country", Moreno and indigenous leaders said in a joint statement Sunday, adding the government had withdrawn an order removing fuel subsidies, according to AFP.

Moreno framed a set of austerity measures as economic reforms in a bid to receive a bailout loan from the International Monetary Fund (IMF) to overhaul the country's debt-burdened economy, which led to mass rallies attracting increasing circles of Ecuadorian society and subsequently turning violent.

Cuts to the government-run program for fuel subsidies was a sticking point that initially led to tension and anger in the local population.

Local human rights organizations put the death toll at 7, while at least 1,000 people have reportedly been injured.