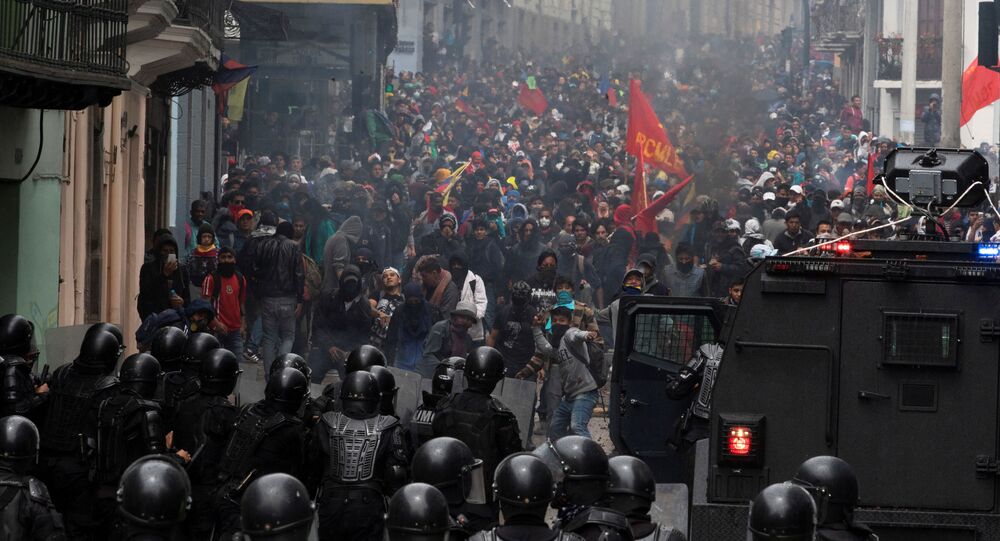 SAO LUIS (Sputnik) – Ecuador’s transport organizations have ended their strike against the authorities’ decision to scrap fuel subsidies, which left the country nearly paralyzed for two days, El Comercio news outlet reported, adding that the companies voiced their demands to the authorities.

Abel Gomez, the head of Ecuador’s National Federation of Public Passenger Transport, said that industry members were not responsible for cases of vandalism registered during the strike.

Gomez, however, did not say about the possibility of a deal with the authorities but argued that transportation tariffs should be reconsidered, which could be a form of compensation for the subsidies cancellation.

On Friday, President Lenin Moreno said that authorities would not reconsider their decision to scrap the fuel subsidies.

The strike began on Thursday when taxi drivers engaged in a protest against the initiative of President Moreno and were subsequently joined by other industry players. Moreno has declared a nation-wide state of emergency over the strike.