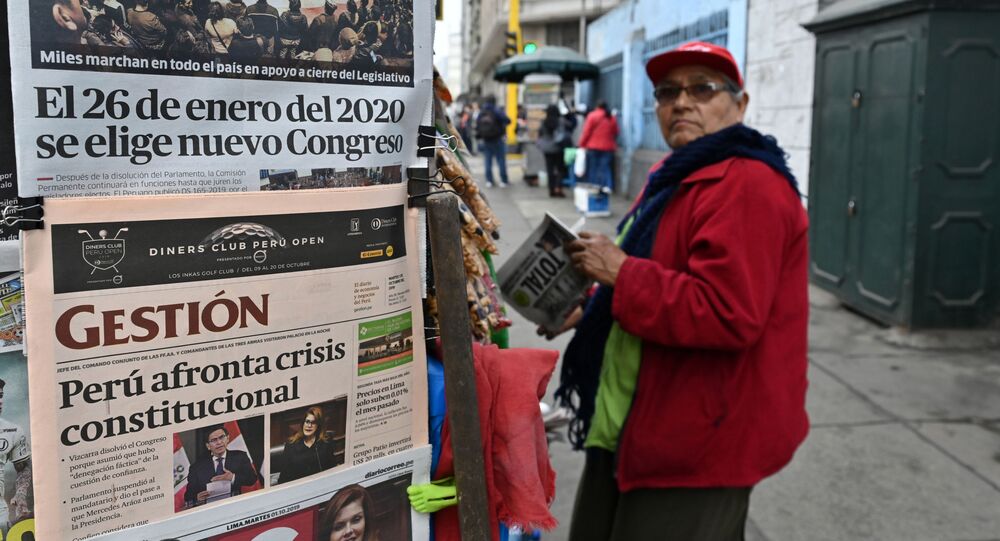 Peru’s constitution states that the president can dissolve the Congress if lawmakers deliver two votes of no-confidence; one such vote has already been delivered. In June, Peru’s government won a confidence vote in the country’s Congress, avoiding special legislative elections.

Earlier in the day, the president signed a decree, announcing early parliamentary elections on 26 January 2020.