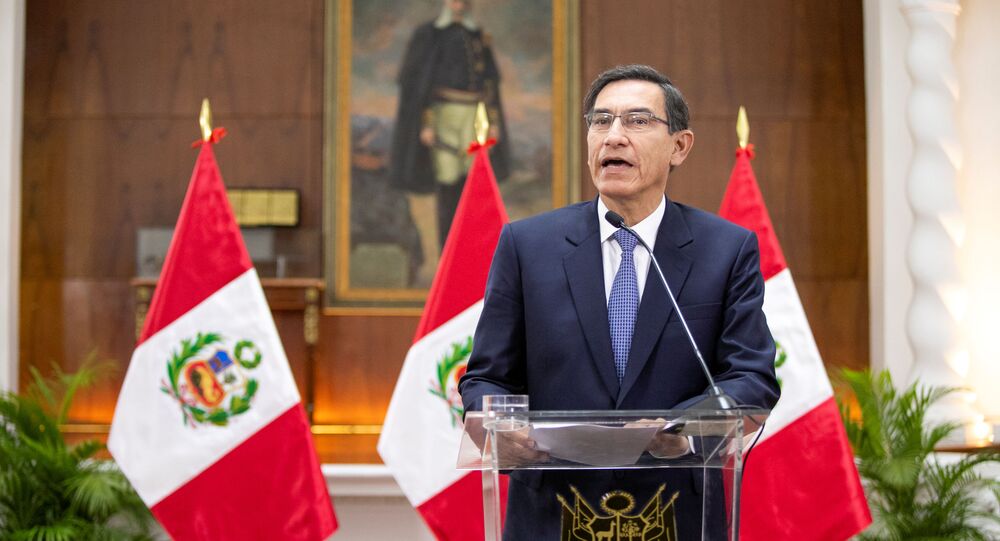 Against the backdrop of a political crisis that has erupted in Peru, the country's military and police expressed support for the current president of the country, Martin Vizcarra, the administration of the head of state said.

On Monday, Vizcarra announced the dissolution of the congress of the republic after deputies boycotted its reform of the constitutional court and voted for a new member of the panel of judges.

Earlier this month, lawmakers failed to pass a constitutional reform seeking to hold presidential elections in 2020, a year earlier than scheduled. The reform was proposed as Vizcarra was seeking to overcome a political stalemate with right-wing lawmakers, who have been opposing his anti-corruption policies.