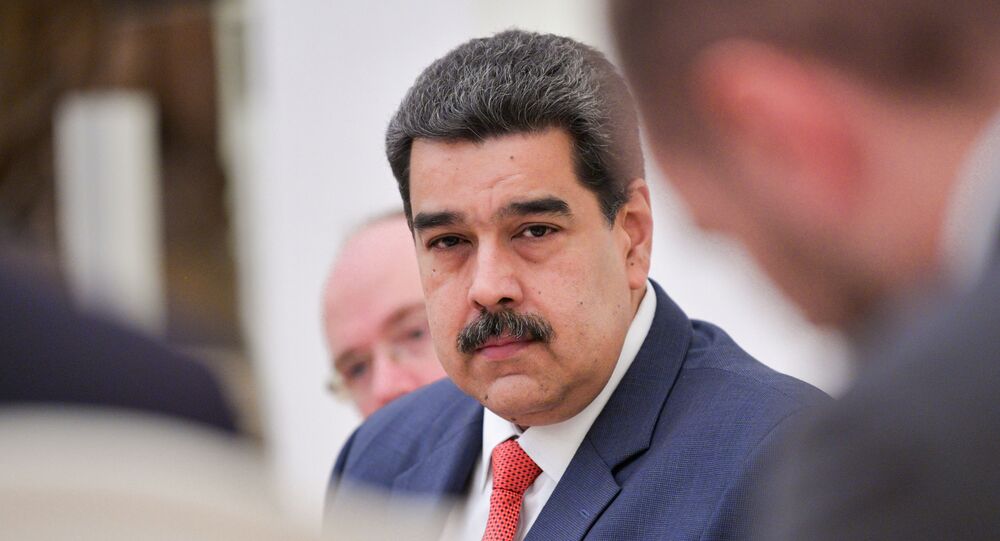 US President Donald Trump suspended Venezuelan President Nicolas Maduro's senior officials and relatives, as well as others who receive financial benefits from dealing with Venezuela's government, from entering the US, a Wednesday press release from the White House has revealed.

Citing a "political and humanitarian crisis" caused by Caracas, the White House Office of the Press Secretary issued a "suspension of entry as immigrants and nonimmigrants of persons who threaten Venezuela's democratic institutions."

Those subject to the ban include all government officials possessing a rank of vice-minister or above, military service members ranking colonel or above, members of the pro-Maduro legislature (Constituent Assembly) as well as all their immediate family members.

The move comes as the latest effort from the Trump administration to oust Venezuela's president.

"This suspension is not intended to apply to those who cease these actions and who take concrete steps to help return Venezuela to a functioning, democratic country," noted the document.

However, speaking to Sputnik, Venezuelan Foreign Minister Jorge Arreaza indicated that the newly announced US entry ban was already in place. "It was in place already, they just wrote it down. It already happened," Arreaza said on the margins of the UN General Assembly in New York on Wednesday. "They just wrote and issued it today but it was already happening."

The latest development comes after US Secretary of State Mike Pompeo told attendees earlier Wednesday at the New York-based United Against Nuclear Iran summit that Washington would continue imposing economic sanctions on Tehran and those who choose to assist them. The Trump administration also issued sanctions against the China Concord Petroleum Company and shipping companies that are alleged to have assisted Iran in exporting petroleum.

Iranian Foreign Minister Javad Zarif has slammed the US government's recent actions against Iran, saying that the "new sanctions are aimed at blocking Iran's international transactions as well as limiting its access to food and medicines." He further stressed that the move was "unacceptable and dangerous."