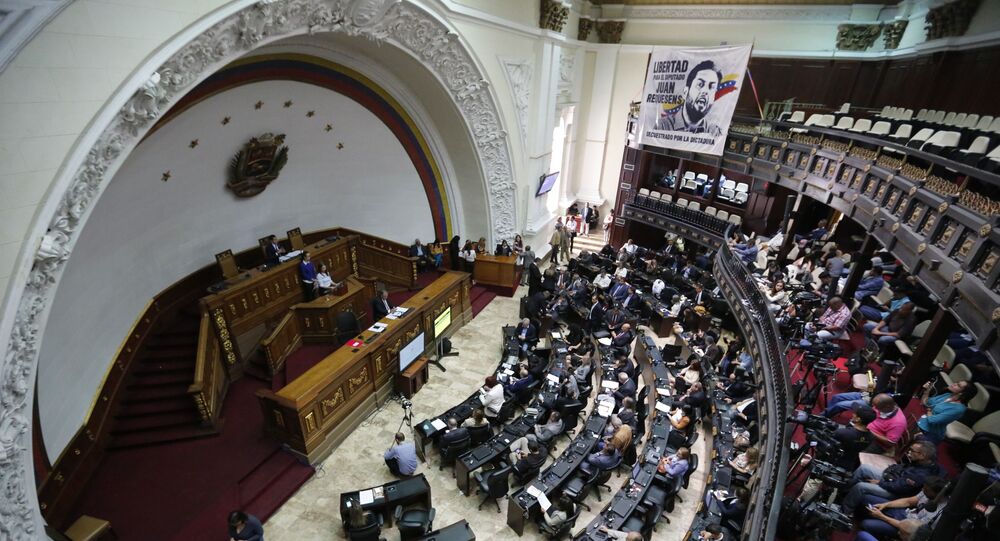 "The National Round Table continues to make progress by installing 8 essential technical tables that must generate, within a few days, specific and partial agreements for peace and coexistence in Venezuela", the ministry quoted him as saying.

Communications Minister Jorge Rodriguez said the panels would be given 20 days to come up with initiatives on elections and proportional representation, territorial integrity, manufacturing under adverse effects of US sanctions, social services, and political parties.

Earlier in September, the Venezuelan authorities announced the launch of the dialogue with a number of small opposition political parties. The participants of the dialogue include the Movement for Socialism party, Progressive Advance, and others. According to the Venezuelan state television, some agreements have already been achieved, like the return of the United Socialist Party of Venezuela to the country's parliament, the release of prisoners, denouncement of the US sanctions, changes in the electoral process.

Maduro has called Guaido a US puppet and accused the United States of trying to orchestrate a coup to force a change of government in Venezuela and claim the country’s resources. While Washington and its allies have recognized Guaido as president of Venezuela, Russia, China, and numerous other countries have said they recognize constitutionally-elected Maduro as Venezuela’s only legitimate president.

Meanwhile, Guaido has announced he would send his delegation to the United Nations General Assembly. Guaido did not say, however, if he would go to New York which will host the assembly’s high-level general debate from 24-30 September. UN Secretary-General Antonio Guterres said he would not meet with him.

Maduro said he would send his deputy, Delcy Rodriguez, to the assembly. She will address the gathering on Thursday.

Drills at Venezuelan-Colombian Border Aim to Protect Caracas, Not a Threat - Maduro