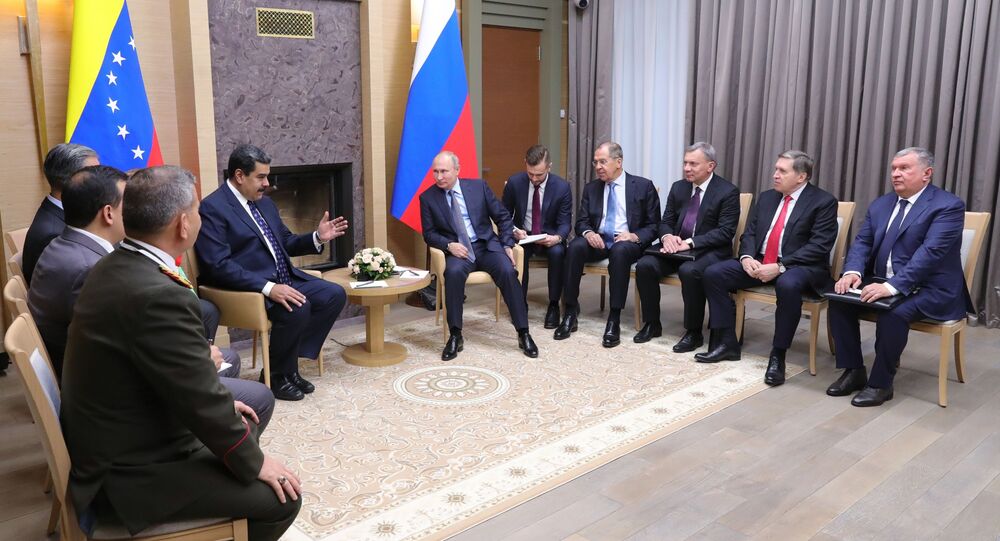 Maduro to Depart for Russia, Plans Meeting With Putin

Venezuelan President Nicolas Maduro earlier thanked Moscow for supporting the country's sovereignty, adding that Venezuela and Russia have a long relationship that has been characterized by what he described as mutual trust.

Maduro said Monday that he departs at night for an official trip to Russia where he will meet Russian President Vladimir Putin and a group of business leaders to analyze mutual relations and find incentives for further cooperation in economy, culture and social affairs.

"In a few hours, tonight, I am going on an official visit to Russia, to meet with our friend and fellow President Vladimir Putin, with his team, with important business groups in Russia", Maduro said.

Kremlin spokesman Dmitry Peskov said Friday that Maduro’s visit to Russia "is really being prepared", adding that the exact dates would be announced soon.

Venezuela has long been suffering from an acute economic and political crisis that intensified in January when, after Maduro's re-election, US-backed opposition leader Juan Guaido declared himself the country’s interim president.

The United States and other countries swiftly recognized Guaido. However, Russia, China, Cuba, Bolivia, Turkey and a number of other nations have backed constitutionally-elected Maduro as the only president of Venezuela.

Putin and Maduro held talks in Moscow in December 2018. The Kremlin press service said, following the talks, that the meeting between the two leaders in Moscow confirmed the proximity of the two countries' positions and allowed them to outline further steps to expand cooperation.