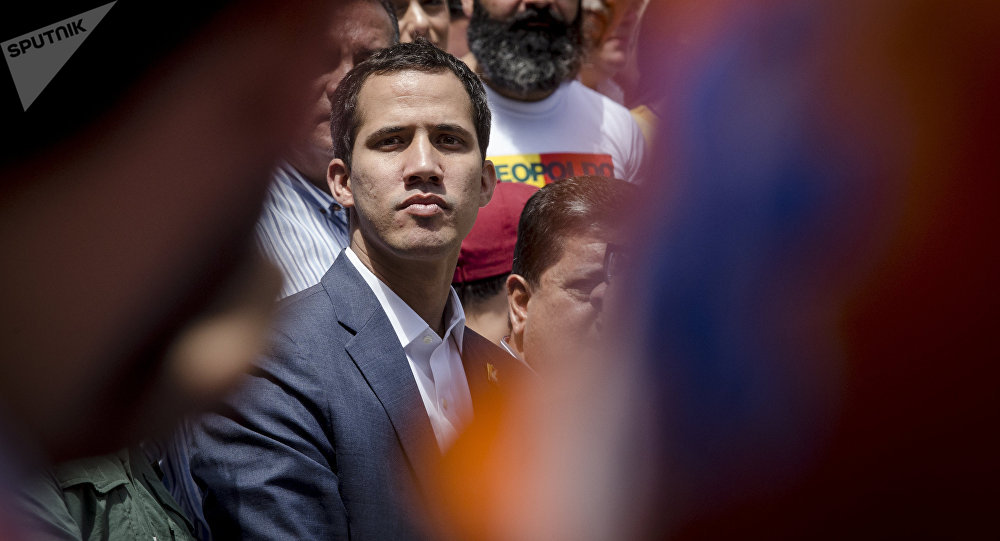 Rodriguez showed a video where Ivan Posso Pedrozo, also known as "Nandito", speaks about an operation where he participated in transporting opposition leader Juan Guaido from Venezuela to Colombia.

According to the report, Los Rastrojos kept the photos with Guaido "for the future", since they agreed that "when Guaido was president of Venezuela the cartel would have a free corridor".

Prior to this, the president of the National Assembly of Venezuela, Diosdado Cabello, shared some photographs of Guaido with leaders of the Los Rastrojos drug cartel, apparently taken on 22 February, the day when Guaido arrived in the Colombian border town of Cucuta, where so-called humanitarian aid from the United States and a number of other countries was being collected, in order to help deliver the supplies to Venezuela despite the fact that the legitimate government had refused to accept the aid.

On 13 September, the Venezuelan Prosecutor General’s Office opened an investigation into suspected links between Guaido and Los Rastrojos. According to prosecutors, it was the drug cartel that helped Guaido cross the Colombian-Venezuelan border despite an entry ban imposed on the opposition leader by Caracas.

Venezuela has been suffering from a severe political crisis since late January, when US-backed opposition leader Guaido proclaimed himself the interim president in a bid to oust legitimate Venezuelan President Nicolas Maduro from power. Maduro has accused Guaido of being a US puppet, working with Washington to orchestrate a coup so that the United States can take control of Venezuela’s natural resources.