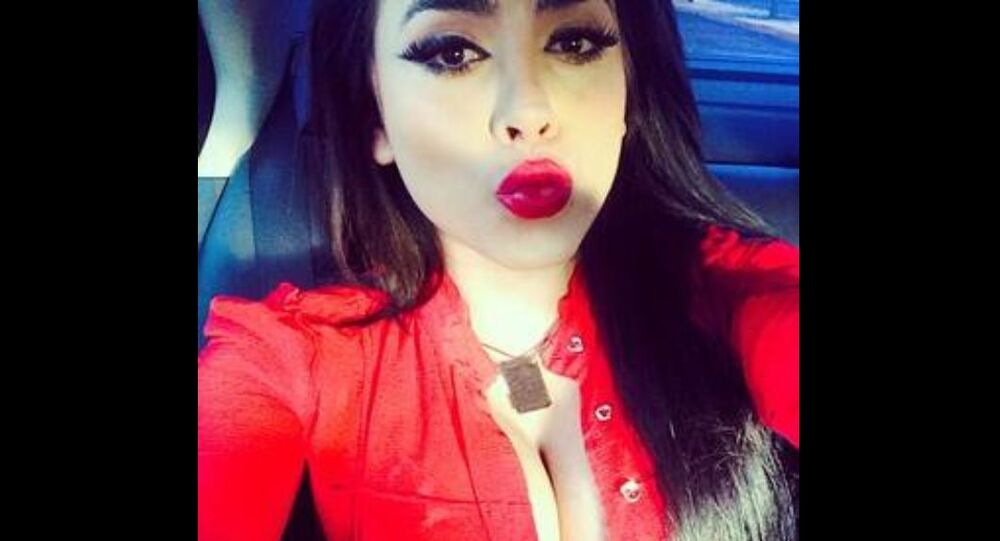 Former model Claudia Ochoa Félix, rumoured to have been a head of a gang tied to the notorious Mexican organised crime leader, was found dead in the bed of her male companion last week after a night out with him. Although speculations initially suggested that she could have been assassinated, investigators have ruled a violent cause out.

Sinaloa state attorney general Juan José Rios Estavillo has confirmed that the rumoured head of a hit squad linked to El Chapo, 35-year-old Claudia Ochoa Félix, has died from a non-violent cause, likely a drug overdose.

According to the official, cited by The Daily Mail, forensic analysis of substances she had consumed showed that “they tested positive.”

“All of this compromised her organisms which caused the death. But what we can assure is that the death specifically derived from a non-violent cause,” he said, without mentioning what exactly the notorious woman had taken.

He also stated that the man who reportedly called paramedics after he discovered the former model unresponsive in a bed in his home was cleared of any wrongdoing.

The man, branded Ochoa Félix’s male companion by the reports, found her dead on Saturday after they had spent a night out in a local restaurant and a nightclub on the day before her death.

Ochoa Félix, also said to be known as the “Empress of Anthrax” and the “Kim Kardashian of the Sinaloa Cartel” for her posh life and activities on social media, was speculated to be a leader of an assassin unit linked to the infamous cartel of Joaquín "El Chapo" Guzmán – an allegation that she vehemently denied.

Some reports tie her romantically to another leader of organised crime in Mexico, José Rodrigo “El Chino Ántrax” Aréchiga Gamboa, who headed an armed gang, reportedly protecting El Chapo’s former partner. She was rumoured to have taken the leadership of the gang after her alleged beau was arrested and extradited to the US in 2013.