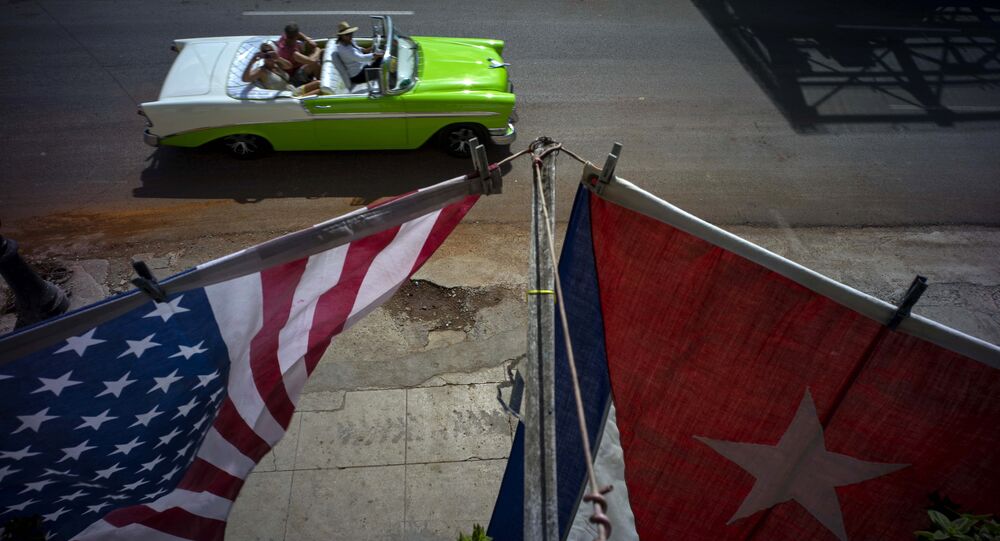 WASHINGTON (Sputnik) - US and Canadian diplomats in Havana, Cuba, may have become ill due to a neurotoxin used in pesticide fumigation and not by alleged sonic attacks, a clinical study commissioned by Global Affairs Canada revealed.

In August 2017, the US State Department said nearly two dozen diplomats working at the US embassy in Cuba were affected in an incident involving a mysterious audio device and some of the diplomats suffered permanent hearing loss and possible brain injuries.

Fumigation in Cuba increased in 2016 as the government mobilized to fight the spread of the Zika virus, the report said.

Canadian diplomats may have been more exposed to the neurotoxic agents during the routine fumigation going on around and often inside their houses, the report also said adding that the symptoms experienced by the diplomats and their families were low-dose exposure.

The clinical study consisted of a team of researchers from Halifax with the Brain Repair Center, Dalhousie University and the Nova Scotia Health Authority, the report noted.

Twenty-five "exposed" individuals participated in the study including 11 who others who have never lived in Havana, the report said.