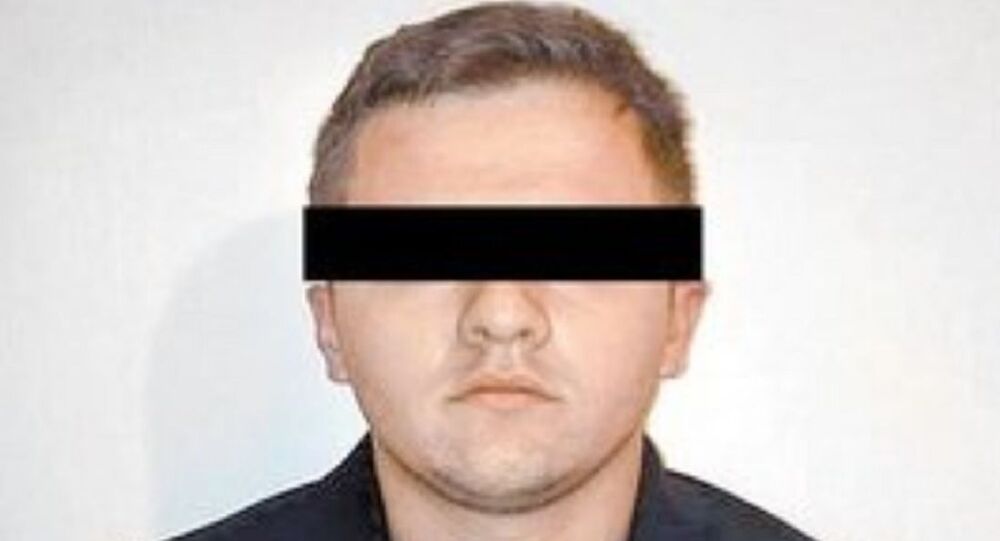 'El Menchito' Ruben Oseguera Gonzalez, 29, the son of Nemesio 'El Mencho' Oseguera Cervantes - the leader of Mexico's Jalisco New Generation Cartel - has reportedly tried to stop his extradition to the United States by presenting a birth certificate to the courts claiming that the notorious drug lord is not his real father.

Mexican authorities investigating the Jalisco New Generation Cartel arrested El Menchito in January 2014, The Daily Mail reported. El Menchito was later charged on two counts of "conspiracy to distribute significant quantities of narcotics for illegal importation into the US", according to the media report, citing court documents.

At an extradition hearing, El Menchito argued that the individual that appeared in the US extradition request was not him, adding that he had a different birth date and was born to Mexican parents - unrelated to the drug kingpin - in San Francisco, California, The Daily Mail said.

El Menchito's defence team reportedly presented a forensic report that claimed the digital images presented by US authorities did not match the images.

A judge from the Mexican State of Oaxaca, however, shot down El Menchito's request to have his extradition removed because it "lacked value", The Daily Mail said. In addition, the Office of the Attorney General reportedly found that there was a connection in the facial features of the photos of El Menchito.

El Menchito was reportedly transferred last week from a federal prison in Chiapas - where he spent two months - to the federal prison in Hermosillo, Sonora, because he was an escape risk, according to a UK-based media report. Before El Menchito's transfer, an escape plot was reportedly revealed in the same prison which notorious Joaquin 'El Chapo' ("Shortie") Guzman fled from in 2015.

According to the United States Drug Enforcement Agency (DEA), the Jalisco New Generation Cartel is active in 22 of 32 states in Mexico and has shipped cocaine, heroin, methamphetamine and fentanyl-laced heroin to the vast markets of the United States. The cartel has also reportedly established cells in Europe, Asia and Australia, The Daily Mail said.

El Menchito's father El Mencho, meanwhile, is currently the most-wanted man in Mexico and has a $1.6 million bounty on his head, according to the media report. Moreover, El Mencho is one of the 10 most-wanted men on the FBI list and the agency is also offering a $10 million reward for his arrest and conviction.

According to The Daily Mail, El Menchito has reportedly been held in a cell at a maximum-security facility in Hermosillo, Sonora. US authorities are reportedly fighting for his extradition, suspecting him of being second-in-command in the Jalisco New Generation Cartel behind his father, El Mencho.