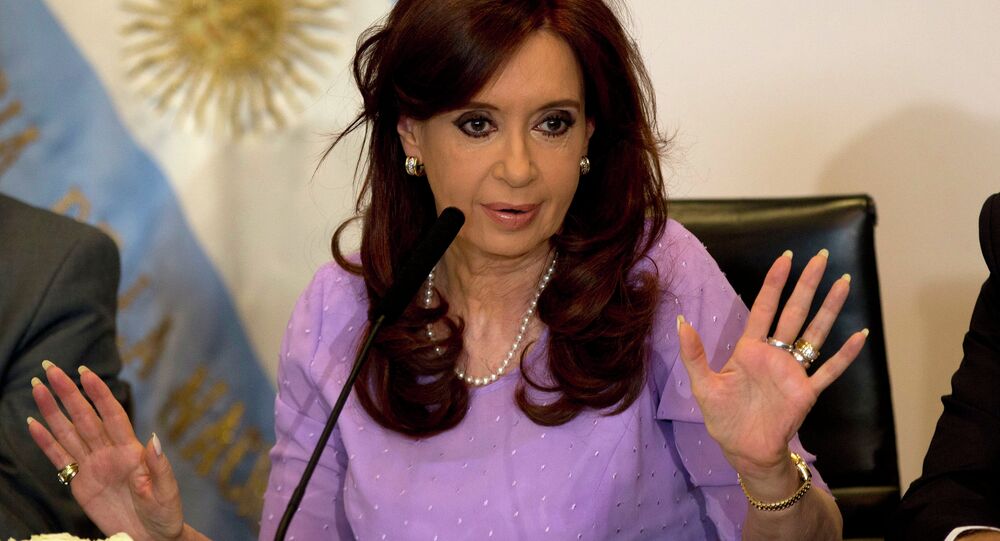 Former President of Argentina Cristina Fernandez de Kirchner has come under fire from Argentina’s Jewish community after referring to fruit imports from Israel.

Cristina Fernandez de Kirchner, who served as president of Argentina from 2007 to 2015 and is now running for the vice presidency, has been harshly criticised by the Argentine Zionist Organisation for using the example of Israeli oranges to attack the free trade economic policies of incumbent President Mauricio Macri.

“Macri allowed the free import of anything you can think of”, Kirchner’s original statement read. “With Macri we ended up consuming oranges from Israel, apples from Chile, wines from I don’t know where”, also noting that Macri had “agreed to everything that the economic sectors demanded”.

The message from the Argentine Zionist Organisation, initially published by the Jewish broadcaster Radio Jai on their Facebook page on 1 September, stated that it was a “paradox” that Kirchner used the example of Israeli oranges, while being a “promoter of the cover-up Memorandum with Iran”.

The group was potentially referring to charges brought against Kirchner in 2015, when the former president established a, what prosecutor Alberto Nisman called, “parallel communication channel” with Iran during the 2013 investigation of the alleged involvement of senior Iranian officials in the bombing of the AMIA Jewish Centre in 1994.

The statement from the Argentine Zionist Organisation also contended that while Israel had indeed subsisted mostly on the production of oranges until the 1970s, it has managed to industrialise its agriculture and end economic stagnation, having reached $40,000 in GDP per capita by 2018.

The group also urged Kirchner not to present skewed statistics to the public, “as if buying Israeli oranges were the root of all the ills of our country” and advised the former president to follow Israel’s example in modernising Argentina’s economy.

Cristina Fernandez de Kirchner, who is currently a candidate for vice president in the 2019 presidential election, has not commented on the statement.

The AMIA bombing was an attack on the Jewish Centre building in Buenos Aires that claimed the lives of 85 people. In 2018, Kirchner was indicted for hiding the involvement of Iranian officials in the attack.