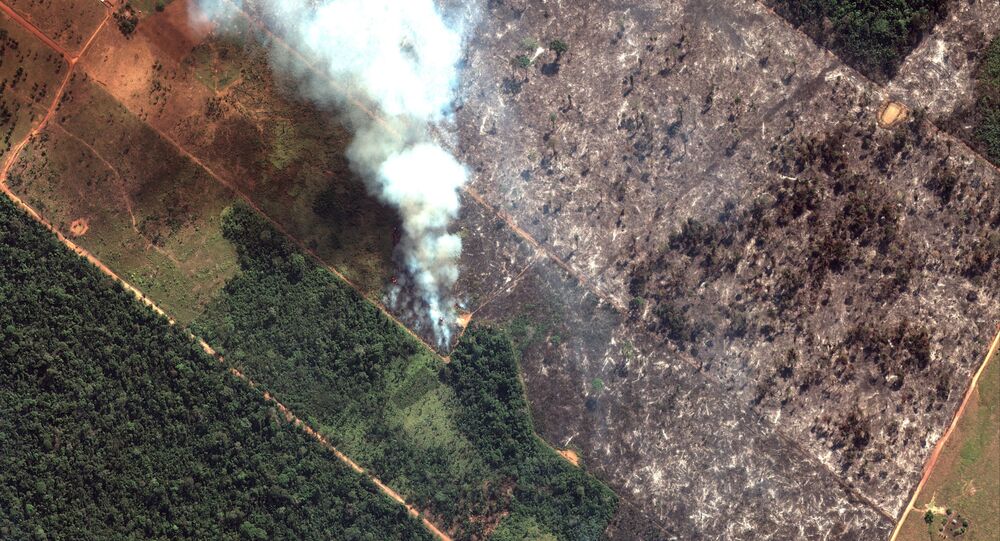 Araujo, cited by Reuters, said that the rest of world has a distorted view of his government's environmental policies, stressing that Brazil is actively fighting Amazon forest fires.

A record number of fires are raging in the Amazon rainforest, the planet’s largest carbon sink, primarily in Brazil but also in neighboring countries.

French President Emmanuel Macron said on Monday that industrialized nations were ready to give Brazil $22 million in cash to use toward putting out the fires. Brazilian President Jair Bolsonaro said that his country would reject the help, stressing that "Mr. Macron has to take back the insults that he made against me. He called me a liar. I also have information that the issue of our sovereignty of Amazonia is open [to debate]".

The Brazilian foreign minister told Reuters that Macron offended Bolsanero's adminstration by claiming that the recently-elected leader lied about deforestation in the Amazon forest. Araujo also suggested that Brazilian people support Bolsonaro in his spat with Macron and are comfortable with the Brazilian president's position.

The two presidents have reportedly been embroiled in an escalating war of words, after Bolsonaro mocked Macron’s wife on social media and claimed that Europe wanted the resources of the Amazon for itself alone. Macron described Bolsanero as a liar and slammed him for ignoring Brazil's commitment to fight climate change.

Fires in Amazonia have been burning for months. The current area has surpassed by 82 percent the territory affected by all fires in the region in 2018. According to the Brazilian National Institute for Space Research, 1663 new fires were registered in the country only last week, half in the Amazon basin.