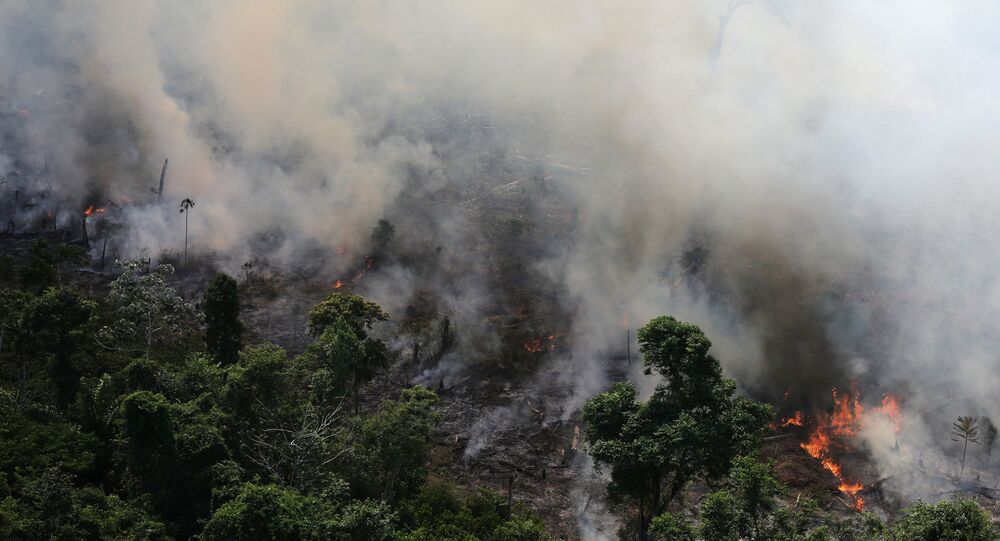 Earlier, Brazilian President Jair Bolsonaro said he had authorised the use of federal troops and equipment to contain the fires in the Amazon rainforest.

On Friday, US President Donald Trump offered to help Brazil contain the fires in the Amazon. "We stand by ready to assist!", he tweeted. Bolsonaro retweeted Trump's message shortly after. However, according to Defence Minister Fernando Azevedo, there has been no further contact between the two countries regarding the fires.

© REUTERS / Ueslei Marcelino
An aerial view of a deforested plot of the Amazon near Humaita, Amazonas State, Brazil August 22, 2019

French President Emmanuel Macron also took to Twitter earlier this week to urge the G7 leaders to discuss the Amazon fires at the group's summit in the French resort city of Biarritz that started on Saturday and will last through Monday.

The Amazon rainforest has been on fire for three weeks now. According to satellite data provided by the Brazilian National Institute for Space Research (INPE), there has been a more than 80 percent increase in the number of wildfires in 2019 compared with last year.