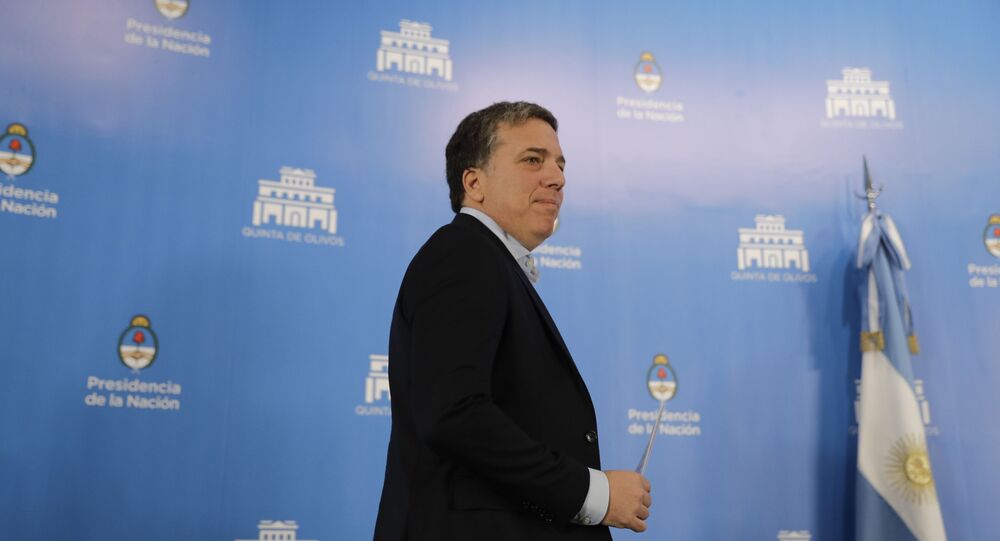 A decrease in the national currency rate followed the announcement of the results of the primary elections. Opposition alliance Front of All, led by Alberto Fernandez, gained over 47 of the vote, while incumbent president Macri’s Together for Change coalition gained only 32 percent.

In a letter cited by Reuters, Dujovne said that the country's government needed “significant renewal” in its economic team amid a currency crisis.

“I believe my resignation is in keeping with my place in a government [...] that listens to the people and acts accordingly,” Dujovne said in the letter to Argentine President Mauricio Macri.

The country's president appointed Hernan Lacunza, economy minister for the Buenos Aires province and former general manager of the Central Bank, as Dujovne’s replacement, according to AP.

Earlier in the day, Fitch Ratings downgraded Argentina’s credit rating due to increased political risks driven by the recent electoral defeat of the country’s president.

Incumbent President Mauricio Macri won only 32.1 percent of the vote against his challenger Alberto Fernandez’s 47.7 percent in last Sunday’s election.

The primary election results prompted a sharp drop in the peso rate and an increase in economic instability.