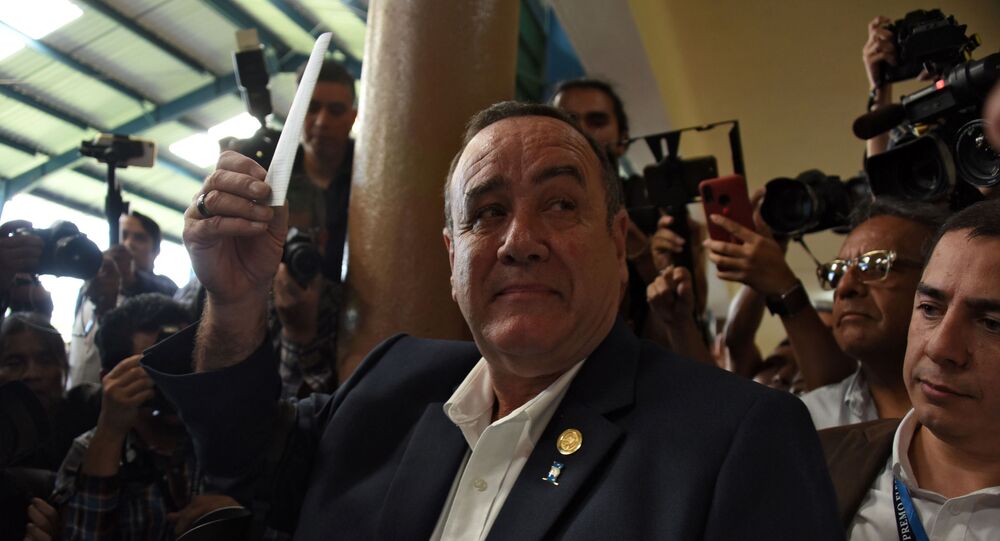 Guatemala President-Elect: 'Safe Third Country' Concept Must Be Ratified in Both Nations - Report

Earlier on Monday, Alejandro Giammattei of the Vamos party was leading in the Guatemalan presidential runoff, after more than 97 percent of votes had been counted, according to the country’s Supreme Electoral Tribunal.

US Secretary of State Mike Pompeo congratulated Giammattei on his election as the next president of Guatemala and added that he looks forward to working with him on the issue of immigration.

According to Reuters, Giammattei said that the concept of the "safe third country" must be ratified by lawmakers in both participating nations.

Speaking a few hours before being declared the winner, the 63-year-old Giammattei said he wanted to see what could be done to improve the deal that outgoing President Jimmy Morales struck with his American counterpart Donald Trump, Reuters said.

Giammattei has told CNN that he had little clarity, however, about how the agreement would work.

According to the media report, Giammattei will not take office until January 2020, by which time Guatemala may be under pressure from the "safe third country" accord, which effectively turns the Latin American nation into a buffer zone by forcing migrants to apply for asylum there rather than in the United States.

Morales agreed in late July to make Guatemala a so-called "safe third country" for refugees who seek asylum in the US.

The agreement between the United States and Guatemala came after Trump threatened the Latin American nation with a "ban", tariffs and remittance fees after it allegedly broke its immigration deal with Washington. Guatemala's Constitutional Court blocked, however, Morales from declaring the nation "a safe third country" for asylum-seekers.

Caravans of migrants from Central American countries seeking asylum began to move toward the United States through Mexico last fall. Trump called the surge of arrivals a crisis and declared a national emergency in February in an unsuccessful attempt to secure funds to build a wall on the border with Mexico.