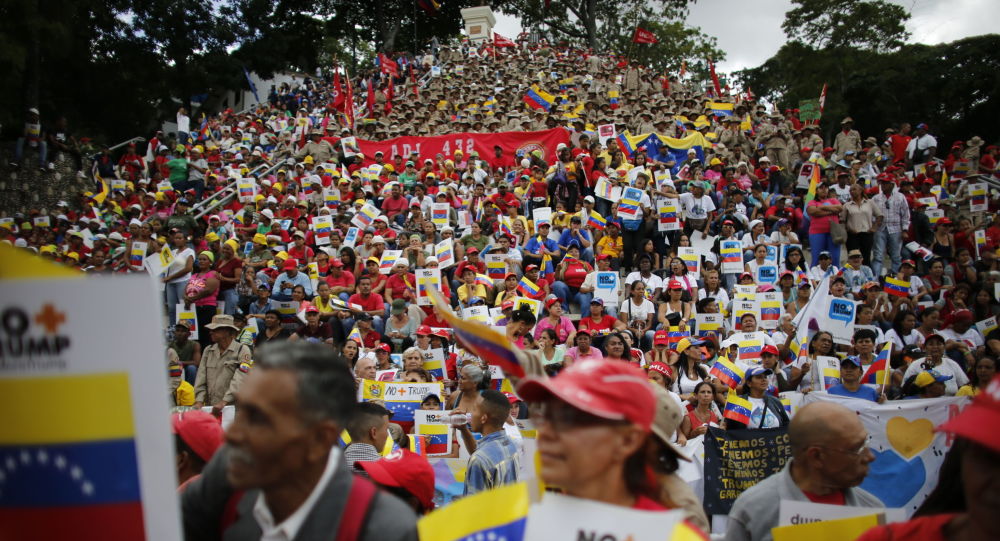 BUENOS AIRES (Sputnik) – Hundreds of people filled the streets of Caracas and other Venezuelan cities on Saturday to express their protest against new US sanctions imposed on the Latin American country, local media reported.

"They [the United States] want to deprive Venezuela of its holy right to peace but we will struggle", Venezuelan Vice President Delcy Rodriguez said.

On Tuesday, US President Donald Trump signed an executive order blocking the assets of Venezuela’s government that fall within US jurisdiction, including those belonging to the country’s central bank and the oil company PDVSA. It also authorises sanctions against anyone supporting Venezuelan President Nicolas Maduro.

Maduro has vowed to send a letter to the United Nations, signed by millions of Venezuelan citizens, condemning the sanctions.

Venezuela has long been suffering from a humanitarian and political crisis that intensified in January when, after disputing Maduro's re-election, US-backed opposition leader Juan Guaido illegally declared himself the country’s interim president. The United States and some other countries have recognised Guaido. Turkey, as well as China, Cuba, Bolivia, Russia and a number of other countries, have said they recognise Maduro as the only legitimate president of Venezuela.