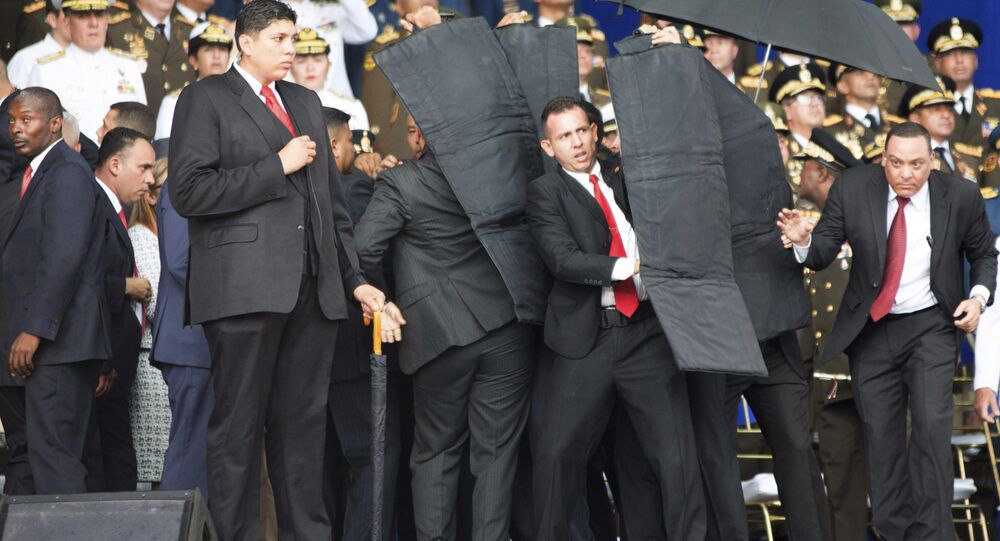 BUENOS AIRES (Sputnik) – Venezuelan President Nicolas Maduro said that he had evidence, proving that US National Security Adviser John Bolton had masterminded the 2018 attempted assassination of the Venezuelan leader.

In August 2018, a military parade in the Venezuelan capital of Caracas, attended by Maduro, was interrupted by what the authorities said was an assassination attempt on the life of the president. Later Caracas said several drones detonated close to the presidential box during Maduro's address. The president was unharmed, but seven soldiers sustained injuries. Maduro blamed the alleged attack on the Venezuelan right-wing opposition, as well as the US and Colombian governments.

“A year passed since the attempted assassination. I can say today that I have evidence, proving that the attempted assassination was committed at the instruction of John Bolton from the White House … Everything is leading to John Bolton, who has a criminal way of thinking, a mindset of a murderer … I cannot accuse [US] President [Donald] Trump at the moment but I have all the reasons to ask for an investigation into [the activities] of John Bolton,” Maduro told US journalist Max Blumenthal, as broadcast by the state television.

In December, Maduro accused Bolton of preparing a plan to overthrow and kill him.

Venezuela is experiencing a political crisis that intensified in January after the US-backed opposition leader, Juan Guaido, proclaimed himself interim president. The United States, as well as the European Union, imposed sanctions on Venezuela and froze its assets. Maduro called Guaido a US puppet and accused Washington of orchestrating a change of government in order to claim Venezuelan natural resources.