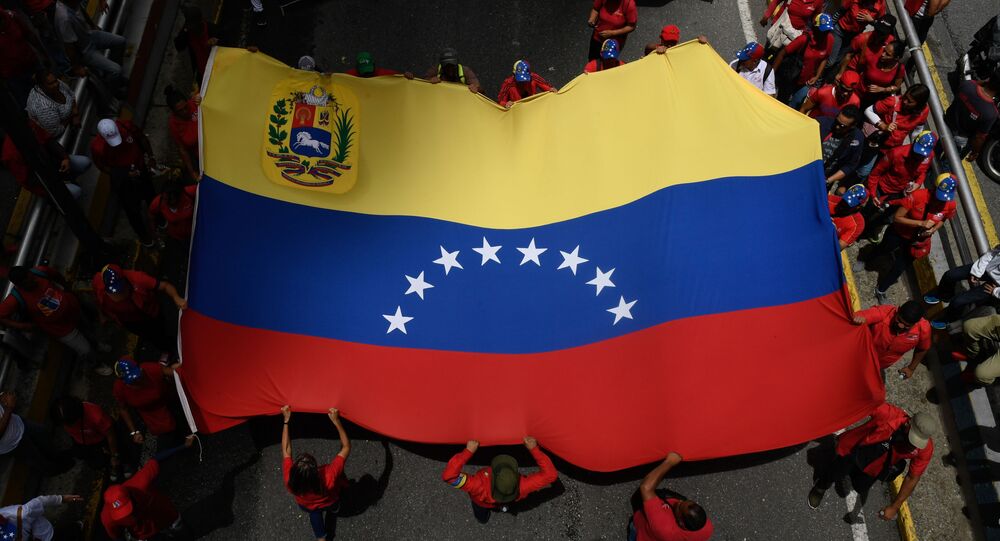 On 5 August, US President Donald Trump signed an executive order to block all property and interests of the Venezuelan government in the United States.

"We have consistently opposed the 'sanctions spiral', remaining a responsible member of the international community and a reliable partner for all countries," it said.

It is necessary to stop sanctions against Caracas, the ministry added.

On Tuesday, the US National Security Advisor John Bolton said that Washington would 'ensure that Maduro runs out of ways to financially sustain himself'. Bolton attended a conference on the crisis in Venezuela which took place in Peru's Lima. The US presidential administration official said that now Venezuela is on the 'rogue state' list together with Iran, North Korea and Syria. Bolton also criticised Russia, Cuba, China and Iran for supporting Nicolas Maduro.

On Monday, US President Donald Trump signed an executive order to freeze all assets held by the government of Venezuela in the United States, including those of the Venezuelan Central Bank and state-run PDVSA oil company.

Venezuela has been facing a humanitarian and political crisis that intensified in January after US-backed opposition leader Juan Guaido illegally declared himself the country’s interim president after disputing Nicolas Maduro's re-election.