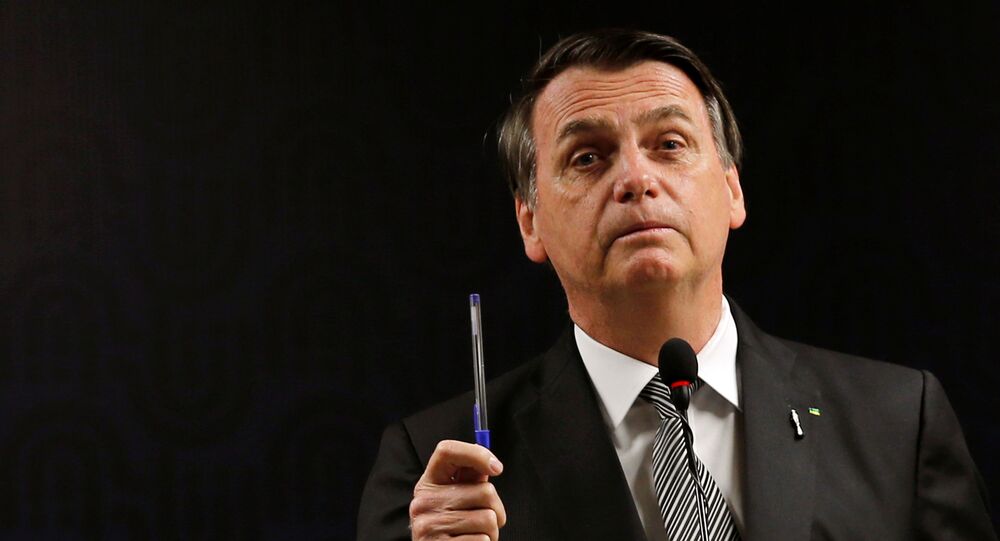 Jair Messias Bolsonaro, a representative of the conservative Social Liberal Party, was elected as 38th Brazilian president in October 2018, and is known for his firm anti-crime rhetoric and pledges to reduce Brazil’s record murder rates. However, some of his comments are controversial and give rise to debates among the Brazilian public.

Brazil's president Jair Bolsonaro has recently argued that "these guys [criminals] are going to die in the streets like cockroaches– and that's how it should be" – during his interview broadcast on 6 August.

The comment is related to his plans to introduce new legislation that would expand an existing article in Brazil's criminal code and potentially exempt security forces and citizens from prosecution - if they shot alleged criminal offenders. The president, however, still needs approval from Congress to implement the changes.

Bolsonaro insisted that Brazilian security forces were engaged in an "unequal" fight with crime and that the new law would be needed to provide them with the "legal cover" to use their guns in their line of duty – the Guardian reported.

The comment brought many reactions from both supporters and opponents of the proposed legislation, with, human rights activist Ariel de Castro Alves calling Bolsonaro's remarks "abhorrent" and potentially leading to a rise in police violence against the population.

The head of the Brazilian think tank the Igarapé Institute Robert Muggah also added that "this kind of rhetoric can encourage police to deploy more excessive force" which could lead to "more police violence".

Muggah also noted that there had been a sharp rise in the number of people shot down by Rio de Janeiro police at the start of 2019, with 434 alleged perpetrators killed.

While Brazil has one of the highest homicide rates in the world according to the UN Office on Drugs and Crime's International Homicide Statistics, it recorded the sharpest decline in its murder rates over the last two years, with homicides falling by 25 per cent in 2019, according to an analysis by Foreign Policy.