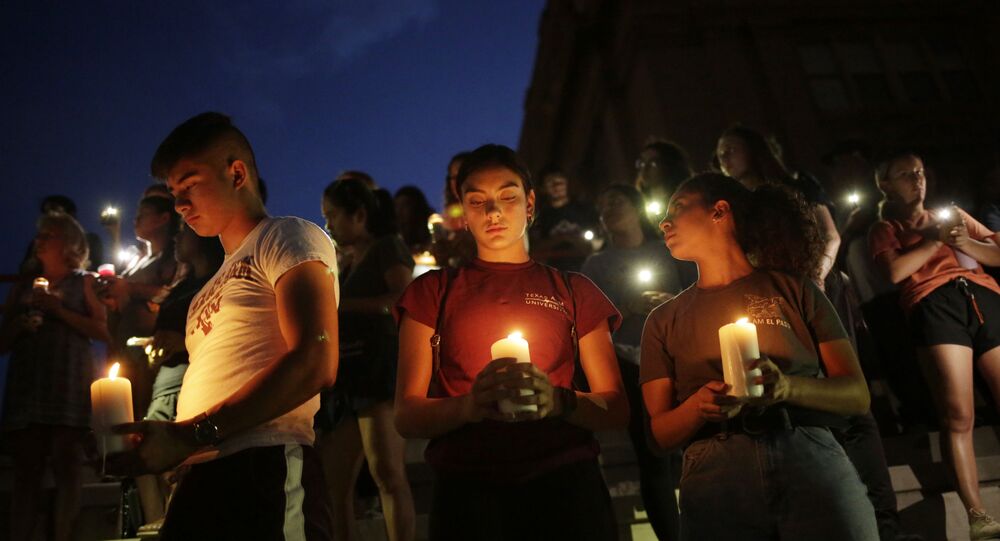 Mexico Foreign Minister Marcelo Ebrard announced that the number of Mexican citizens killed in the gun massacre in the US city of El Paso has increased to seven, CBS reported Sunday..

Ebrard said earlier on Saturday that Mexico would request, if necessary, the extradition of the killer, so that he may be tried as a terrorist in Mexico. Ebrard also condemned the shooting as an act of terrorism, calling on the United States to take action on the nation's gun regulations.

At least 20 people were killed and 26 more injured after a gunman opened fire in a Walmart in the Cielo Vista Mall in the city of El Paso, Texas, on Saturday. The suspect was identified by police as Patrick Crusius, 21. The killings are now being treated as an act of domestic terrorism by US law enforcement agencies.

The shopping centre where the shooting took place is in close proximity to the US-Mexican border. A significant part of its visitors are Mexicans who come to El Paso to purchase items not available in their country.

Another 10 people, including the shooter, were killed in a separate domestic terror attack in Dayton, Ohio, on Sunday, and 27 people were injured.

The gun massacres occurred just six days after at least 15 people were injured and four people were killed - including two children - during another mass shooting at an annual family festival in the California town of Gilroy. All three gunmen reportedly used AK-type military assault rifles and posted white supremacist ideology online.

Trump ordered flags to be flown at half-staff to acknowledge the victims of terror attack and said that he would make a statement at 10 a.m. in Washington DC on Monday.