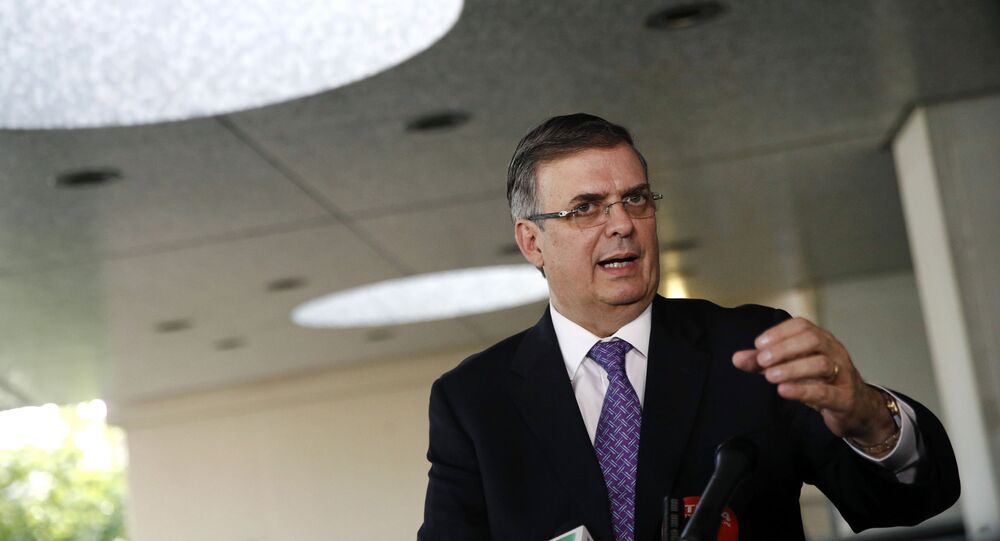 MEXICO CITY (Sputnik) - The number of Mexican citizens killed in the gun massacre in the US city of El Paso has increased to six, Mexican President Andres Manuel Lopez Obrador said earlier on Sunday.

"It is sad that the death of six Mexicans is confirmed, and another seven are injured", Lopez Obrador said.

At least 20 people were killed and 26 more injured after a gunman opened fire in a Walmart in the Cielo Vista Mall in the city of El Paso, Texas, on Saturday. The suspect was identified by police as Patrick Crusius, a 21-year-old man. The killings are now being treated as an act of domestic terrorism by US law enforcement agencies.

Mexican Foreign Minister Marcelo Ebrard said Sunday, cited by Reuters, that Mexico would request, if necessary, the extradition of the killer, so that they may be tried as a terrorist in Mexico.

Ebrard also condemned the shooting as an act of terrorism, calling on the United States to take action on the nation's gun regulations, Reuters reported. According to the foreign minister, Mexico will consider filing legal action against domestic US terrorism aimed toward Mexican nationals in the United States.

Before arranging the shooting, the killer published a manifesto online in which he supported a terrorist attack in two mosques in the New Zealand city of Christchurch in March. In the purported manifesto, the killer reportedly pledged to protect his country from a foreign "invasion".

The shopping centre where the shooting took place is located in close proximity to the US-Mexican border. A significant part of its visitors are Mexicans who come to El Paso to purchase items not available in their country.

Another 10 people, including the shooter, were killed in a separate domestic terror attack in Dayton, Ohio, on Sunday, and 27 people were injured. Police said they neutralized the shooter in less than a minute, but not before multiple deaths and injuries occurred.

The massacres, now being considered acts of domestic terrorism by law enforcement agencies in the US, occurred just six days after at least 15 people were injured and four people were killed - including two children - during another mass shooting at an annual family festival in the California town of Gilroy.

All three gunmen reportedly used AK-type military assault rifles. Aside from each being Trump-supporting young white males with a history of white nationalist views posted online, there is no direct link between the three killers, according to media reports.