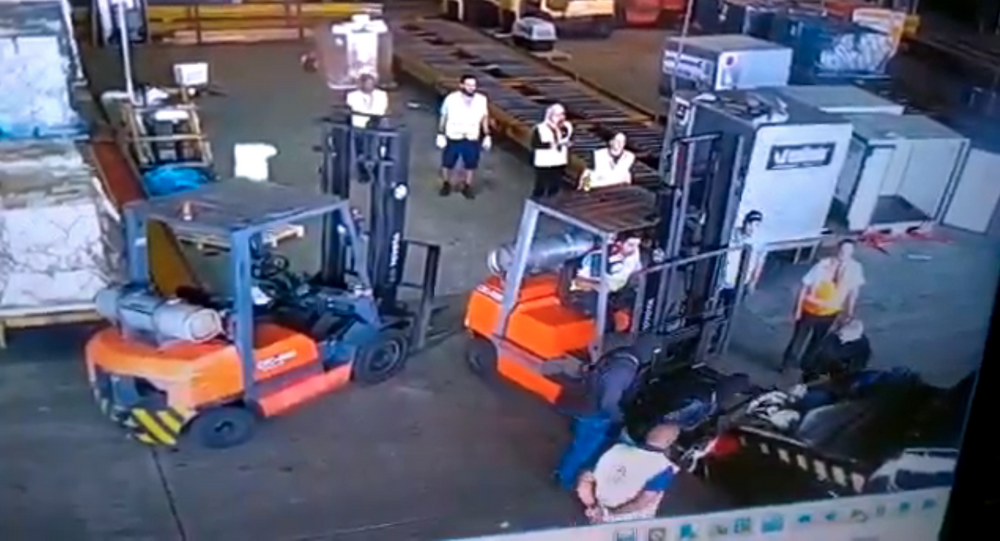 A gang of armed gunmen remain at large after successfully making off with approximately $40 million worth of gold and other precious metals while posing as federal police officers.

Brazilian authorities are searching for a group of thieves that suavely secured approximately 750 kilograms of gold that was at Sao Paulo International Airport in Guarulhos, Brazil, and peeled off in an imitation police truck. The whole operation took less than three minutes, Reuters reported.

Surveillance footage obtained from the airport shows employees following orders given to them by the four of the eight members of the armed gang, who also donned balaclavas to hide their identities. One worker in particular was tasked with operating a forklift to expedite the heist.

During a Friday press conference, police chief João Carlos Miguel Hueb described the criminals as a “well-organized gang” and asserted that “this certainly wasn’t their first robbery.”

Brazil-based newspaper Globo reported the same group of thieves held a police dispatcher and his family hostage Wednesday night to gain intelligence on how to carry out the heist.

An airport spokesperson confirmed the incident took place and clarified that there were no injuries sustained during the process. The airport rep did not offer any comments on the alleged hostage situation.