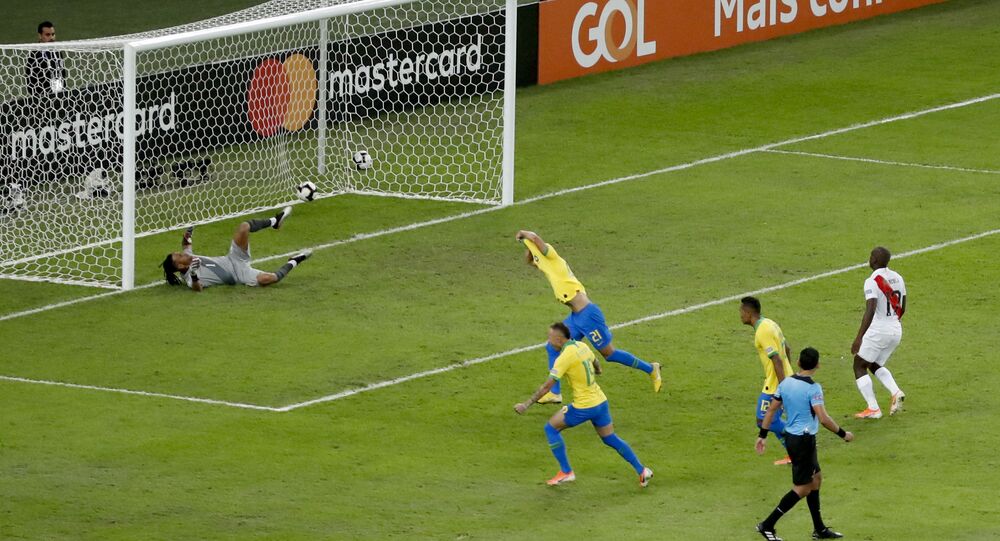 The final match took place at the Maracana Stadium in the Brazilian city of Rio de Janeiro. Brazil's goals were netted by midfielders Everton (15th minute), Gabriel Jesus (45th minute) while forward Richarlison sealed the win with a 90th-minute penalty kick. Peru's only goal was scored by forward Paolo Guerrero in the 44th minute on a penalty kick.

Peru tried to push for a second goal after Gabriel Jesus was sent off for a second yellow card in the 70th minute, but it was Brazil who sealed the victory in the final minute when substitute Richarlison converted a dagger penalty.

This was Brazil's ninth time winning the Copa America and the country's first major title since they won the CONMEBOL tournament in 2007 and the first for head coach Adenor Leonardo Bacchi - commonly known as Tite - who took charge of the national team only three years ago.

The bronze medal in the 2019 America Cup went to the Argentine national team.

According to tournament data, Uruguay has won the tournament 15 times, while Argentina has won 14 times.

The tournament was marred by Argentine star forward Lionel Messi's accusations of corruption among the cup's organisers. Messi was sent off before halftime during a game between Argentina and Chile. The referee showed Chilean captain Gary Medel a red card after Medel shepherded out a ball near his own goal, while Messi challenged him from behind and Medel reacted angrily, pushing the Argentine star and raising his hands.

Messi did not react to the referee and he too was sent off. According to media reports, the Barcelona forward did not attend the ceremony to receive his third-place medal and later slammed the South American Football Confederation, saying that the "the cup is fixed for Brazil".