Maduro earlier claimed that Colombia and the United States were involved in a plot to kill him, which both countries denied. An alleged defector revealed in March that the drones were bought in the US and brought to Colombia before the attack.

"Today we know how the attack to kill was prepared in Colombia [and] who financed it,” he said at a military ceremony in Caracas on Monday.

The operation to assassinate him cost “several millions of dollars, there are talks of 20 million dollars,” Maduro said.

This money, he added, had disappeared because it was “appropriated” by opposition lawmaker Julio Borges.

On 4 August 2018, two explosive-laden drones went off during a military parade in Caracas, while Maduro was giving a speech. The president escaped unharmed but the explosion – which occurred prematurely – wounded several soldiers.

Maduro initially blamed the attack on Colombia and the United States, the two countries that have had icy relations with Venezuela in the years since Hugo Chavez. Both Washington and Bogota have dismissed the accusations.

A little-known clandestine group called the Flannel Soldiers claimed responsibility for the attack the following day, saying that snipers shot the drones, that were allegedly loaded with C-4. 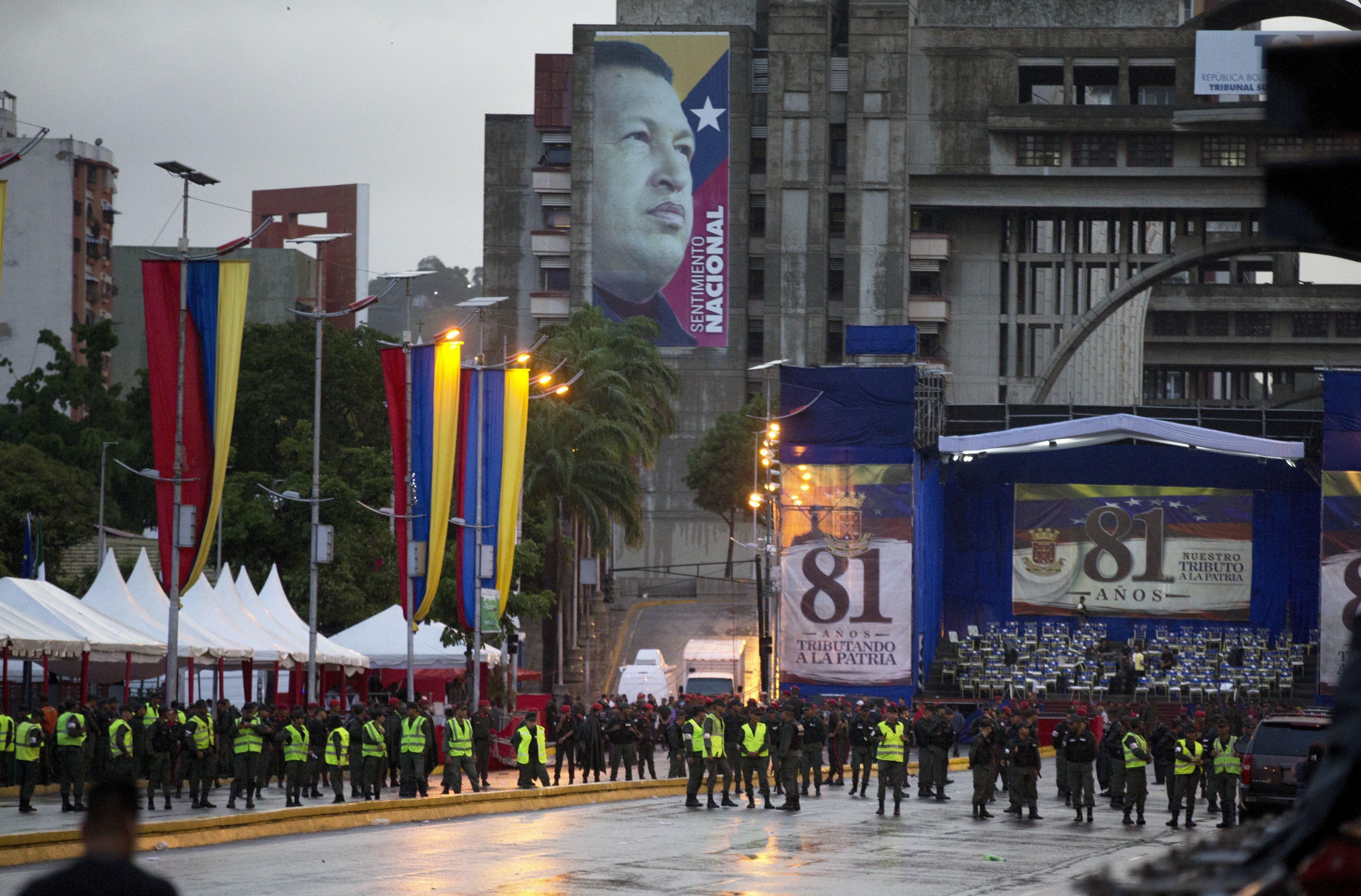 Four days after the attack, Venezuela’s Supreme Court ordered the arrest of Julio Borges, the former head of the National Assembly, accusing him of attempted murder and treason in connection with the drone attack.

Borges, who lives in exile in Colombia, dismissed the claims as “absurd” and described the incident as an attempt by Maduro to distract the population from the worsening social and economic situation in the country.

Venezuela called on Colombia to extradite Borges, but Bogota in response granted him refugee status.

It was only in March 2019 when one of the presumed perpetrators came forward about the operation.

An unnamed man whose face was not shown told CNN that the drones were purchased online in the US and brought to a rented farmhouse in Colombia. The defector shared videos showing how they assembled the devices and practised their operation in the countryside.

He also claimed to have met with several US officials three times after the attack. The meeting were arranged to collect and study information about the operation but “didn’t go past that”.