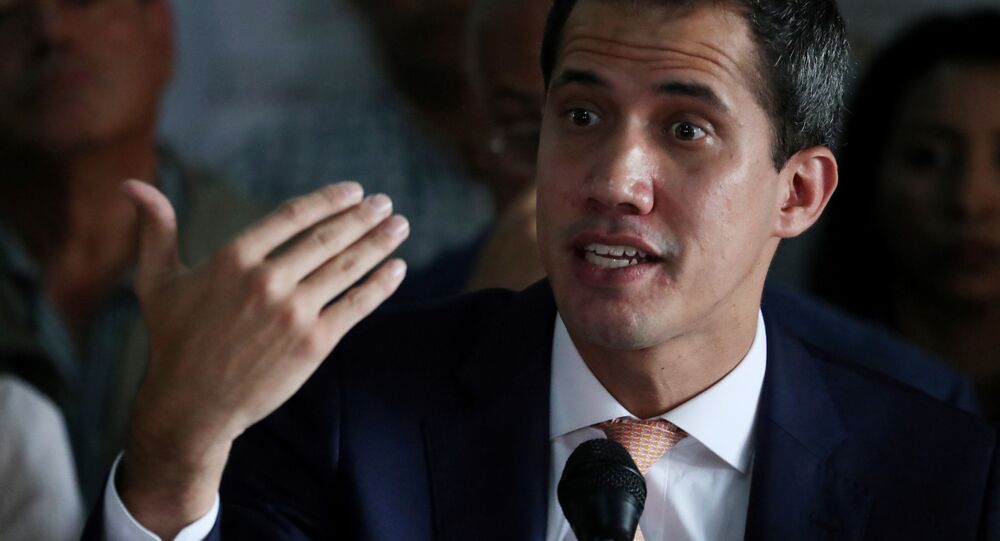 This call comes just hours after Norway announced that negotiations between delegations of Venezuela’s legitimate president Maduro and self-imposed interim president Guaido will continue next week.

Juan Guaido posted a tweet Saturday reiterating that the opposition will be satisfied with nothing short of the removal of President Nicolas Maduro from office, even though both Maduro's and Guaido's delegations are engaged in reconciliation talks in Norway.

"We pursue all options with responsibility," he tweeted. "Our route is very clear: an end of usurpation, [creation of] interim government and free elections, and will pursue it in all areas of struggle, committed to URGENT changes that our country needs."

​The tweet comes just hours after Norway's Foreign Ministry announced it will host the second round of talks between delegations of Venezuela's opposing forces.

"We announce that the representatives of the major political actors in Venezuela have decided to return to Oslo next week to continue a process facilitated by Norway", the ministry said in a statement on Saturday.

Reacting to the statement, Maduro thanked the government of Norway for its efforts in making the negotiations possible.

"Our delegation will travel to Oslo with a willingness to work on the agreed comprehensive agenda and to advance the creation of great agreements," Maduro tweeted Saturday.

© REUTERS / Ueslei Marcelino
Venezuela to Create 4G Network With Help of China's Huawei, Russian Companies - Maduro
Speaking before his supporters on Saturday, Guaido said he rejects "false dialogue," promising to pursue Maduro's exit with all means at his disposal.

"Nobody is ever going to confuse us with false dialogue," Guaido told supporters Saturday, without addressing Norway's announcement directly, according to AFP. "We are going to insist, because today by combining all our strategies, using all the tools we have, we are going to get to that final step."

Recently, Guaido resorted to a combination of street protests and talks with the US in his attempts to oust Maduro. His envoy in the US Carlos Vecchio met with US State Department and Pentagon officials in May. While Guaido has not outrightly welcomed a US invasion into Venezuela yet, Vecchio did send a letter to the Pentagon asking for "strategic and operational planning."

© CC BY-SA 2.0 / Sergio Russo / Green Oil
US Demands a Halt to Jet Fuel Trade with Venezuela, Threatens Offenders with Sanctions – Report
On Saturday, the State Department reacted to Oslo talks with a statement in which the spokesperson expressed hope that talks in Oslo will focus on Maduro's departure.

"If they do, we hope progress will be possible," the statement reads.

Venezuela remains entangled in a political crisis since January, when Guaido declared himself the country's interim leader and called for the deposition of Maduro, who won national elections in May 2018. Guaido's attempts to sway the Armed Forces to take his side, including the 30 April coup attempt, have had no success. Maduro's government accuses the opposition of staging numerous attacks on Venezuelan infrastructure which led to massive blackouts and left civilians without food, water and medical care earlier this year. The United States and its allies have backed Guaido, while Russia, China, Turkey and a number of other nations recognize Maduro as the country's only legitimate leader.