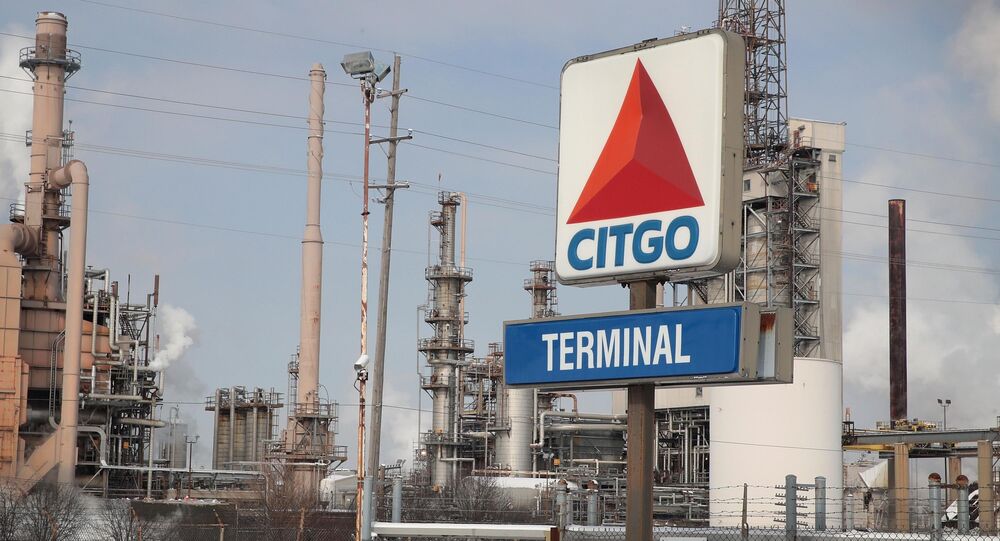 'Together With Imperialism': Maduro Accuses Guaido of Stealing Oil Profits

"Mr. Juan Guaido, acting together with imperialism, has stolen Citgo from us. And I am asking, what have they done with the money? Where is the Citgo money? They have stolen the Citgo money from us. And the products meant for our oil refineries were stolen from us, too", Maduro said live on Periscope on Wednesday.

PDVSA’s assets worth $7 billion were blocked by the United States amid the political crisis in Venezuela in January when Guaido proclaimed himself the country’s interim president and was immediately endorsed by Washington and a number of US allies.

© AP Photo / Tony Dejak
‘Stalled Out With Guaido’: Pence Fails to Provide Specifics on Venezuela
The opposition subsequently appointed new members to the boards of directors of the two companies. PDVSA called the move an attempt to steal the wealth of Venezuelans.

Meanwhile, Venezuela’s oil production hit a 16 year low in April as a result of mismanagement as well as US sanctions against the nation’s energy sector, the Energy Information Administration said in a report on Monday.

Widespread power outages, mismanagement of the country's oil industry, US sanctions directed at Venezuela's energy sector and PDVSA, have all contributed to the recent declines, the report said.

Guaido proclaimed himself interim president in a bid to dispute Maduro’s re-election in May 2018. However, constitutionally-elected Maduro was endorsed as the only legitimate president of Venezuela by China, Russian and a number of other countries.