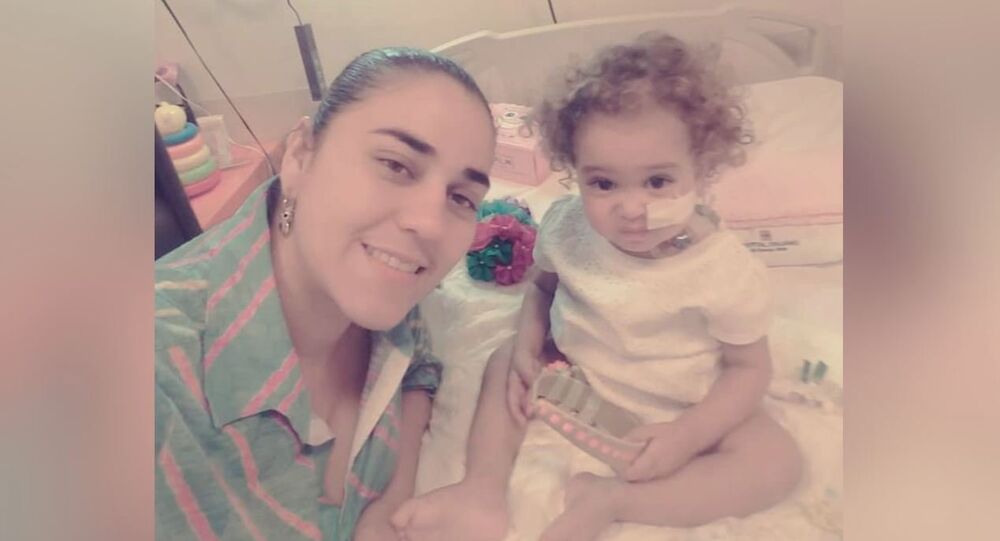 Venezuelan Girl Cannot Get Liver Transplant Due to US Sanctions (VIDEO)

Venezuela had previously been importing medication from foreign laboratories using foreign currency obtained from oil sails until US and European banks froze Venezuelan government bank accounts with billions of dollars as part of the sanctions against the Latin American country.

An almost two-year old Venezuelan girl named Isabella, whose family moved to Argentina for their daughter to get treatment, is suffering from a congenital disease and needs a liver transplant to survive. But she cannot receive all the needed medication due to sanctions.

"She had surgery in November. After the operation she had some complications. She spent a month in intensive care, and a few days in a recovery room. In January she was discharged and in February the family was notified through the foundation that the agreement had been stopped. Why? Because of the sanctions imposed by the US on PDVSA and Citgo, its subsidiary. The foundation depended on those two institutions", Douglas, the girl's father, said.

According to Douglas, the resources for his daughter's treatment have been blocked.

"This is the initiative of the Bolivarian Government to meet the needs of sick children suffering from chronic diseases that cannot be treated in the country, that's why they send us to other specialists", he said.

The two-year-old girl's treatment was earlier covered by the Simon Bolivar Foundation, a charity funded by one of the US subsidiaries of Venezuela's state-run oil company PDVSA — Citgo.

But the charity's funds have reportedly been blocked since the US Treasury announced on 28 January the introduction of new and tougher sanctions against Venezuela.

Venezuela has long been suffering from an acute economic crisis amid protracted political turmoil and US economic sanctions. The American restrictions have been in effect since March 2015, when then-President Barack Obama imposed them on a number of Venezuelan officials over alleged human rights abuses and corruption. The sanctions have since been repeatedly expanded.

The tense situation in the Latin American country has been escalating since January, when opposition leader Juan Guaido proclaimed himself an interim president and received recognition as such from the United States and its allies. Venezuelan President Nicolas Maduro, in turn, has been backed by Russia, China, and other states as the only legitimate president of Venezuela.